Rabb, Howard introduce legislation that would ban carrying a firearm while intoxicated 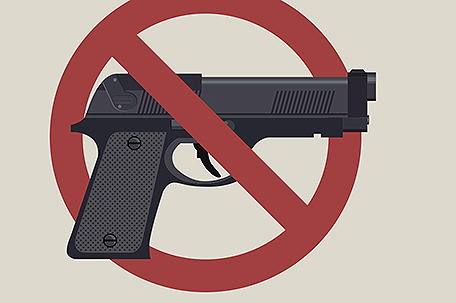 “Alcohol intoxication clouds judgement and dulls a person’s ability to discern the consequences of their actions,” Rabb said. “Similar to the hazards an intoxicated driver poses to themselves and the public, a firearm in the hands of even the most diligent handler who is intoxicated can also be dangerous and potentially fatal.”

Under the bill, individuals carrying a firearm with a blood alcohol content of 0.08 percent or greater would be penalized with a summary offense, a $100 fine and suspension of their concealed carry permit for up to three years. The bill would also impose a third-degree misdemeanor, a $500 fine, and a license suspension for a minimum of three years, with the possibility of permanent permit revocation.

Rabb said alcohol has been the constant variable in many violent crimes cases and pointed to a 2015 study that found a positive association between alcohol misuse, risk behaviors involving firearms and firearm violence, both self-inflicted and against another person. According to the study, deaths among men caused by alcohol-related violence firearm violence were equal to those from motor-vehicle crashes also involving alcohol.

The legislation poises Pennsylvania to join at least 30 states, including Ohio and Maryland, in banning carrying a weapon while under the influence of alcohol.