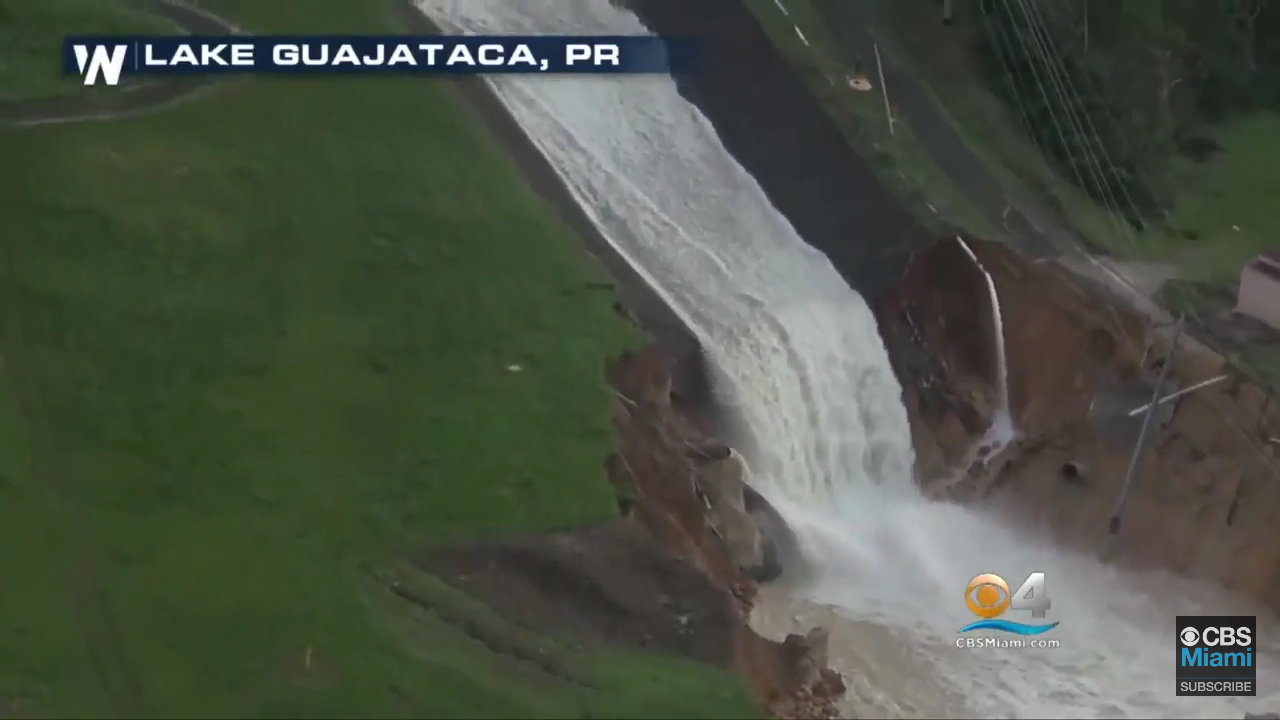 Yahoo–Puerto Rico’s Guajataca dam has failed and caused “extremely dangerous” flooding, authorities say. Towns nearby were already being evacuated before it burst.

“This is an EXTREMELY DANGEROUS SITUATION. Buses are currently evacuating people from the area as quickly as they can,” the National Weather Service (NWS) in San Juan said in a statement.

There have been 13 deaths on the island since the territory Hurricane Maria ripped through the Caribbean, leaving the entire US territory without power for the foreseeable future. The governor the island said that Maria was the worst storm they’ve seen in a century.

The dam, which is located at the northern end of Lake Guajataca in northwest Puerto Rico, forced NWS to send a series of tweets urging residents to get out of the path of the water. The agency urged people to move to higher ground, in a post on the organisation’s web site. Federal reservoir data shows that the lake rose more than three feet between Tuesday and Wednesday when the Category 4 hurricane smashed into the island.

“This is an extremely dangerous and life-threatening situation. Do not attempt to travel unless you are fleeing an area subject to flooding or under an evacuation order,” the agency said in that alert.

The dam is used for drinking water and irrigation in Puerto Rico. It was built in 1929, and had the capacity of 11 billion gallons in 1999, according to the US Geological Survey.

Maria came in quick succession after Hurricane Irma made its way through the Caribbean and up into Florida just weeks ago. Irma also hit Puerto Rico with strong wind, heavy rains, and knocked out power and communications for most of the island.

The storm is now a Category 3 hurricane, and is moving away from the Turks and Caicos Islands. It is expected to head northeast and east of the Bahamas over the weekend, according to forecasts.

So far, 30 people have been reported dead from the storm in the Caribbean from Maria. That includes at least 15 deaths in Dominica, where a further 20 people are missing.