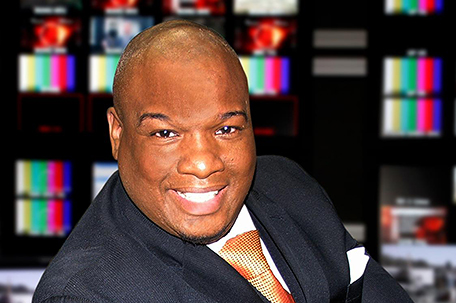 He admitted to overstating some of his accomplishments

During a heated interview with CNN anchor Victor Blackwell, Burns admitted to falsifying some of his professional accomplishments, including earning Bachelor of Science degree from North Greenville University, serving six years in the Army Reserve, and being a member of Kappa Alpha Psi fraternity.

Burns is among a few of Trump’s Black supporters, including Ben Carson and former star of “The Apprentice” Omarosa Manigault.

Burns, however, was never in the Army Reserve. He was in the South Carolina National Guard, from which he was discharged in 2008, CNN found.

As far as a Bachelor’s degree, North Greenville University told CNN he only attended the school for one semester. Burns admitted that he did not finish his degree when CNN asked him about it.

When CNN confronted Burns about the various professional and social exaggerations he had featured on his biography, Burns first said the page had “obviously” been either “manipulated or either hacked or added.”

Unsurprisingly, Burns stood abruptly and ended the interview. He later posted a statement on his Facebook page. 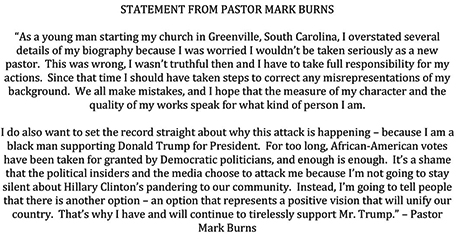