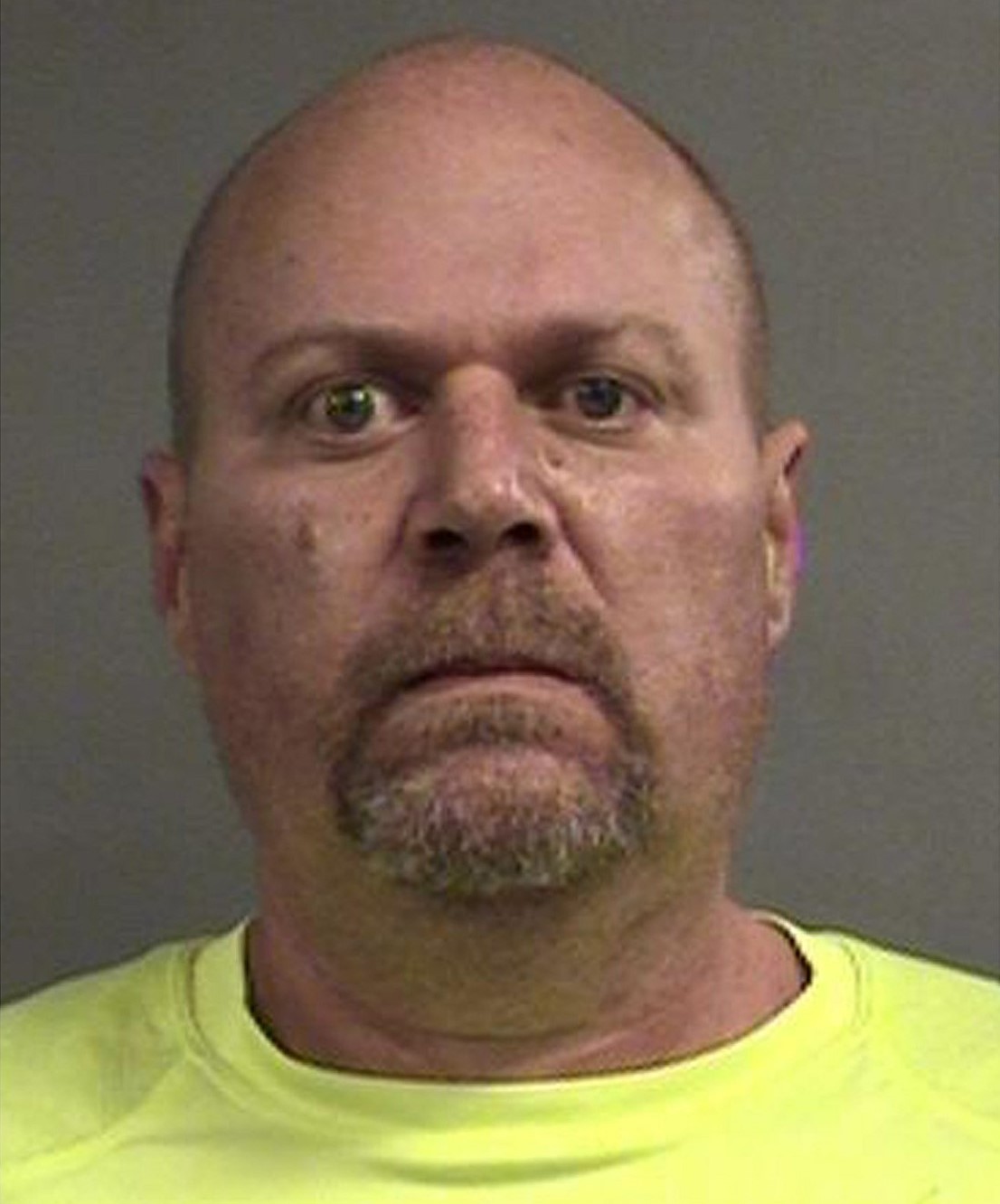 JEFFERSONTOWN, Ky. (AP) — A white man with a history of violence fatally shot two African-American customers at a Kroger grocery store and was swiftly arrested as he tried to flee, authorities said Thursday.

However, “Kroger was not shooter Gregory Bush’s first stop on Wednesday, Oct 24.

Billy Williams, a church administrator at First Baptist Church, a historically black church in Jeffersontown, showed WHAS11 surveillance video of Bush trying to get inside the church 15 minutes before the shooting at Kroger,”  reports KDSK-TV.

Surveillance video showed Williams in the same clothing, yanking on the side and front doors, appearing to try and get into the church. The doors of the church were locked.

The Courier Journal of Louisville reported that the suspect made a racial comment to a man he encountered on his way out.

The FBI announced that it “is evaluating the evidence to determine if there were any violations of federal law.”

An arrest report says Gregory Alan Bush walked into the store outside Louisville, pulled a gun from his waist and shot a man in the back of the head, then kept shooting him multiple times “as he was down on the floor.” The report says Bush then reholstered his gun, walked outside and killed a woman in the parking lot.

Bystander video shows a white man in a distinctive neon-yellow shirt trying to drive away while an officer chases after him on foot. Many more officers converged on the scene and made the arrest on Wednesday afternoon.

Bush, 51, was jailed on $5 million bond Thursday on two counts of murder and 10 counts of felony wanton endangerment.

Jeffersontown Police Chief Sam Rogers said in an initial news conference at the scene that “we have no idea” what motivated the shootings.

Ed Harrell was quoted by the Courier Journal as saying he was waiting on his wife in the parking lot when he heard gunshots and grabbed his revolver. As he crouched down, he said he saw the gunman walk “nonchalantly” by with a gun by his side. He said he called out to ask what was going on, and the gunman replied: “Don’t shoot me. I won’t shoot you. Whites don’t shoot whites.”

The mayor shared his outrage Thursday over what he called an “epidemic of gun violence” that “hit close to home.”

“Somehow, a few have become so beholden to politics that they place a higher value on that than on the lives of our fellow Americans,” said Fischer, a Democrat running for re-election.

“People getting shot at a grocery store, a school, outside a church. Can’t we all agree that that is unacceptable?” Fischer said at a news conference.

Bush’s criminal record shows he threatened his ex-wife and punched a deputy sheriff during a family court hearing years ago.

An arrest record from May 2009 says Bush became “irate” and shouted obscenities and threats at his ex-wife. When deputies tried to subdue him, he fought off attempts to handcuff him and he punched a deputy twice. He was charged with several counts, including assault, resisting arrest and disorderly conduct. Bush also was marked as a “suicide risk” on the arrest sheet, which noted that his ex-wife had a protective order against him.

In a 2003 incident, Bush was charged with menacing for following a 15-year-old into a movie theater bathroom and putting his hands around her waist. Bush told the girl he “thought we were family” and the girl pushed him away, according to the arrest record.

Bush’s attack on customers caused chaos at the Kroger.

Eric Deacon, who identified himself as an emergency medical technician, told The Associated Press that he was in the store’s self-checkout lane when he heard the first shot, in the pharmacy area.

He said a man came around the corner and “the look on his face, he looked like he just didn’t care.”

Deacon said he saw another man in the store with a gun who appeared to be shooting at the suspect. Then Deacon went outside and saw a woman in her mid-50s or early 60s who had been hit, and tried to resuscitate her.

“She was gone, there’s nothing I could do,” Deacon said. “I think she just got caught in the crossfire.”

Fischer said he’s “just sick and heartbroken and quite angry.”

Louisville has created violence-prevention programs, and has more to do, he said.

“But at the city level, there’s only so much that we can do. Because the hard fact is, that most violent crimes are committed with guns. And guns fall under the jurisdiction of the state and federal governments. And every time someone takes a gun and creates a tragedy, what’s the response from too many of our leaders? The ones that have the power to make our country safer? … They act as if nothing can be done. That doesn’t sound like the United States of America to me.”

This story has been edited to correct the style of the newspaper: Courier Journal of Louisville.

Farmers market closed? How to make the most of your grocery store’s produce aisle