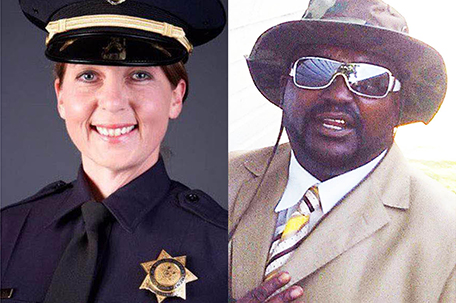 The New York Times reports, on Friday, the Justice Department said it had “found insufficient evidence to prove that her use of force against Mr. Crutcher was ‘objectively unreasonable’ under the definition set by the United States Supreme Court.”

R. Trent Shores, the United States attorney for the Northern District of Oklahoma, said in a statement, “Any allegation of law enforcement misconduct and willful deprivation of civil rights is taken seriously. However, the evidence in this case did not support pursuing criminal prosecution. Moving forward, I hope that citizens and law enforcement will continue to work together to better our community.”

Damario Solomon-Simmons, a lawyer for Mr. Crutcher’s family, responded with, “Part of the problem is the bias in our system against African-Americans, but the problem is also how the law is structured. It is almost an impossible burden to prove a federal civil rights violation, so it sets up the scenario where you get these disappointing but not surprising results.”

Back in November, Shelby was touring the country speaking on the topic “Surviving the Aftermath of a Critical Incident.” The The NAACP Legal Defense and Educational Fund is called for the engagement to be canceled.

The NAACP wrote in a letter to the Southeastern Homicide Investigators Association, to allow her to “share with a national audience of law enforcement personnel how Deputy Shelby ‘survived; the consequences of a homicide that she committed is inconsistent with the purported work of SEHIA members pursuing justice for homicide victims and their families. Deputy Shelby is not a victim of Mr. Crutcher’s homicide. The late Mr. Crutcher and his survivors are the victims. Deputy Shelby’s subsequent acquittal on manslaughter charges is not an exoneration of her decision to kill an unarmed man that day, as the comments of the jurors following her trial make clear.”

Shelby was canceled from the conference.

Shelby, who was tried for manslaughter before being acquitted last May, said she “feared for her life” in a “60 Minutes” interview. A jury of her peers stated that she should never be a patrol officer again, CBS affiliate KWTV reported. Shelby resigned from the Tulsa Police Department after she acquitted.