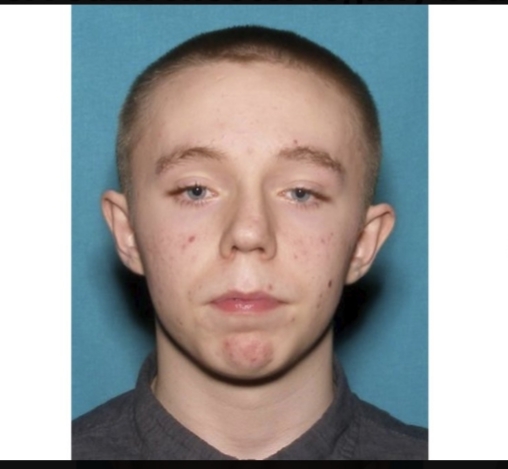 INDIANAPOLIS (AP) — The former employee who shot and killed eight people at a FedEx facility in Indianapolis legally purchased the two assault rifles used in the attack despite red flag laws designed to prevent that, police said.

A trace of the two guns found by investigators at the scene revealed that suspect Brandon Scott Hole, 19, of Indianapolis, legally bought the rifles in July and September of last year, officials with the Indianapolis Metropolitan Police Department said Saturday.

IMPD did not share where Hole bought the guns, citing the ongoing investigation, but said Hole was witnessed using both rifles during the assault.

Deputy Police Chief Craig McCartt said Hole began firing randomly at people in the parking lot of the FedEx facility late Thursday, killing four, before entering the building, fatally shooting four more people and then turning the gun on himself.

Paul Keenan, special agent in charge of the FBI’s Indianapolis field office, has said that agents questioned Hole last year after his mother called police to say that her son might commit “suicide by cop.” He said the FBI was called after items were found in Hole’s bedroom but he did not elaborate on what they were. He said agents found no evidence of a crime and that they did not identify Hole as espousing a racially motivated ideology.

A police report obtained by The Associated Press shows that officers seized a pump-action shotgun from Hole’s home after responding to the mother’s call. Keenan said the gun was never returned.

Indiana has had a “red flag law” allowing police or courts to seize guns from people who show warning signs of violence since 2005, when it became one of the first states to enact such a law after an Indianapolis police officer was killed by a man whose weapons had to be returned despite hospitalization months earlier for an emergency mental health evaluation.

The law is intended to prevent people from purchasing or possessing a firearm if they are found by a judge to present “an imminent risk” to themselves or others.

Authorities have two weeks after seizing someone’s weapon to argue in court that the person should not be allowed to possess a gun, according to the law. Officials have not said whether a judge made a red flag ruling in Hole’s case.

McCartt said Hole was a former employee of FedEx and last worked for the company in 2020. The deputy police chief said he did not know why Hole left the job or if he had ties to the workers in the facility. He said police have not yet uncovered a motive for the shooting.

Investigators searched a home Friday in Indianapolis associated with Hole and seized evidence, including desktop computers and other electronic media, McCartt said.

Hole’s family said in a statement they are “so sorry for the pain and hurt” his actions caused.

Members of Indianapolis’ tight-knit Sikh community joined with city officials to call for gun reforms Saturday as they mourned the deaths of four Sikhs who were among the eight people killed.

At a vigil attended by more than 200 at an Indianapolis park Saturday evening, Aasees Kaur, who represented the Sikh Coalition, spoke out alongside the city’s mayor and other elected officials to demand action that would prevent such attacks from happening again.

“We must support one another, not just in grief, but in calling our policymakers and elected officials to make meaningful change,” Kaur said. “The time to act is not later, but now. We are far too many tragedies, too late, in doing so.”

The attack was another blow to the Asian American community a month after authorities said six people of Asian descent were killed by a gunman in the Atlanta area and amid ongoing attacks against Asian Americans during the coronavirus pandemic.

About 90% of the workers at the FedEx warehouse near the Indianapolis International Airport are members of the local Sikh community, police said Friday.

“While we don’t yet know the motive of the shooter, he targeted a facility known to be heavily populated by Sikh employees,” Kaur said.

There are between 8,000 and 10,000 Sikh Americans in Indiana, according to the coalition. Members of the religion, which began in India in the 15th century, began settling in Indiana more than 50 years ago.

The shooting is the deadliest incident of violence collectively in the Sikh community in the U.S. since 2012, when a white supremacist burst into a Sikh temple in Wisconsin and shot 10 people, killing seven.

Police: 8 dead in shooting at FedEx facility in Indianapolis