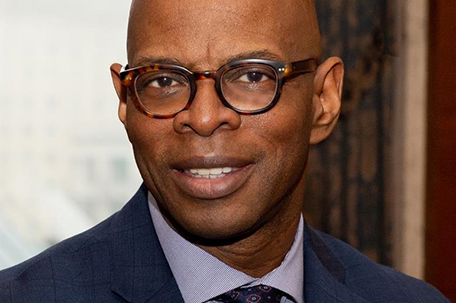 The first was the appointments of Reps. Edward C. Gainey (D- 24th Dist. ) and Brian Kirkland, (D- 159th Dist.), as chairs of the caucus’ anti-gun violence subcommittee, who began their tenure immediately.

“In the fight to eradicate gun violence in their own communities and across our commonwealth, Representatives Kirkland and Gainey have always been on the frontlines,” Kinsey said. “Both lawmakers serve with me on the PA Safe Caucus and both respectively lend a set of skills and perspectives on how we can move forward with ensuring all communities are safe.”

Gainey, who is serving in his fourth term representing the 24th Legislative District, lost his sister to gun violence after she rejected a man’s advances. He also recently introduced legislation, H.B. 307, that would ban the possession, purchase, transfer and use or manufacture of assault weapons.

“My sister’s life was tragically cut short for simply standing her ground and telling a man no. Her memory guides me in ensuring no other woman or person is innocently gunned down for their right to live,” he said. “As legislators, it is our duty to protect and serve our constituents through the creation of comprehensive laws and initiatives. It’s imperative that we take the lead on lowering the shockingly high rates of gun violence that is ending countless lives across the state. Lives depend on it and it’s on us. I’m excited to continue spearheading these efforts, but in a larger role.”

Serving in his second term representing the 159th Legislative District, Kirkland, who was appointed to join Gov. Tom Wolf’s Special Council on Gun Violence in December, also expressed his gratitude for his latest role.

“It is a privilege to be appointed to this role and to serve in both capacities to maximize our efforts to reduce — and hopefully end — gun violence,” Kirkland said. “From advocating for funding for the city of Chester to collaborating with grassroots community activists and law enforcement in communities most affected by gun violence in my district, I’ve been working relentlessly to make sure no resident has to live in fear in his or her neighborhood. I’m excited to continue funneling these efforts statewide.”

Kinsey, along with members of the PLBC, also thanked Wolf for heeding their calls on allocating upwards of $10 million in additional funding for public safety programs, outlined in the governor’s 2020-21 budget address last week.

“We had many conversations with Governor Wolf urging him to provide more funding for gun violence prevention programs and I’m proud to see the governor heeding our demands,” Kinsey said. “Six million dollars would be dispersed for statewide programs and $4 million would go directly to the Anti-Gun Violence Task Force in Philadelphia.”