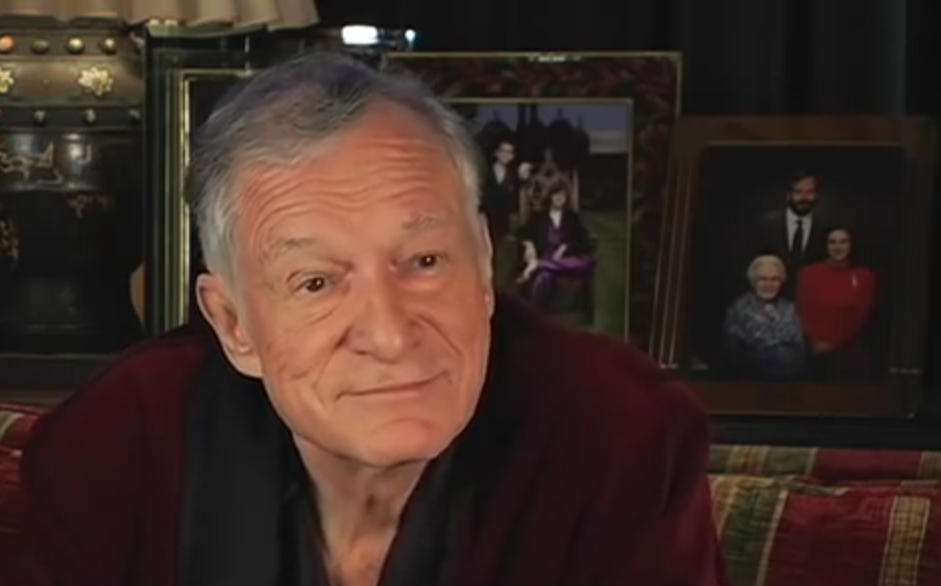 LOS ANGELES (AP) — Playboy founder Hugh M. Hefner, the pipe-smoking hedonist who revved up the sexual revolution in the 1950s and built a multimedia empire of clubs, mansions, movies and television, symbolized by bow-tied women in bunny costumes, has died at age 91.

Hefner died of natural causes at his home surrounded by family on Wednesday night, Playboy said in a statement.

As much as anyone, Hefner helped slip sex out of the confines of plain brown wrappers and into mainstream conversation.

In 1953, a time when states could legally ban contraceptives, when the word “pregnant” was not allowed on “I Love Lucy,” Hefner published the first issue of Playboy, featuring naked photos of Marilyn Monroe (taken years earlier) and an editorial promise of “humor, sophistication and spice.”

Playboy soon became forbidden fruit for teenagers and a bible for men with time and money, primed for the magazine’s prescribed evenings of dimmed lights, hard drinks, soft jazz, deep thoughts and deeper desires. Within a year, circulation neared 200,000. Within five years, it had topped 1 million.

By the 1970s, the magazine had more than 7 million readers and had inspired such raunchier imitations as Penthouse and Hustler. Competition and the internet reduced circulation to less than 3 million by the 21st century, but Hefner and Playboy remained brand names worldwide.

Asked by The New York Times in 1992 of what he was proudest, Hefner responded: “That I changed attitudes toward sex. That nice people can live together now. That I decontaminated the notion of premarital sex. That gives me great satisfaction.”

He was a widely admired but far from universally beloved figure. Many feminist and religious leaders regarded him as nothing but a glorified pornographer who degraded and objectified women with impunity.

Women were warned from the first issue: “If you’re somebody’s sister, wife, or mother-in-law,” the magazine declared, “and picked us up by mistake, please pass us along to the man in your life and get back to Ladies Home Companion.”

Hefner ran Playboy from his elaborate mansions, first in Chicago and then in Los Angeles, and became the flamboyant symbol of the lifestyle he espoused. For decades he was the pipe-smoking, silk-pajama-wearing center of a constant party with celebrities and Playboy models. By his own account, Hefner had sex with more than a thousand women.

Hefner was host of a television show, “Playboy After Dark,” and in 1960 opened a string of clubs around the world where waitresses wore revealing costumes with bunny ears and fluffy white bunny tails. In the 21st century, he was back on television in a cable reality show — “The Girls Next Door” — with three live-in girlfriends in the Los Angeles Playboy mansion. Network television briefly embraced Hefner’s empire in 2011 with the NBC drama “The Playboy Club,” which failed to lure viewers and was canceled after three episodes.

Censorship was inevitable, starting in the 1950s, when Hefner successfully sued to prevent the U.S. Postal Service from denying him second-class mailing status. Playboy has been banned in China, India, Saudi Arabia and Ireland.

Playboy proved a scourge, and a temptation. Drew Barrymore, Farrah Fawcett and Linda Evans are among those who have posed for the magazine. Several bunnies became celebrities, too, including singer Deborah Harry and model Lauren Hutton, both of whom had fond memories of their time with Playboy.

Other bunnies had traumatic experiences, with several alleging they had been raped by Hefner’s close friend Bill Cosby. Hefner issued a statement in late 2014 he “would never tolerate this behavior.” But two years later, former bunny Chloe Goins sued Cosby and Hefner for sexual battery, gender violence and other charges over an alleged 2008 rape.

Hefner added that he was a strong advocate of First Amendment, civil rights and reproductive rights and that the magazine contained far more than centerfolds. Playboy serialized Ray Bradbury’s “Fahrenheit 451” and later published fiction by Doris Lessing and Vladimir Nabokov. Playboy also specialized in long and candid interviews, from Fidel Castro and Frank Sinatra to Marlon Brando and then-presidential candidate Jimmy Carter, who confided that he had “committed adultery” in his heart.