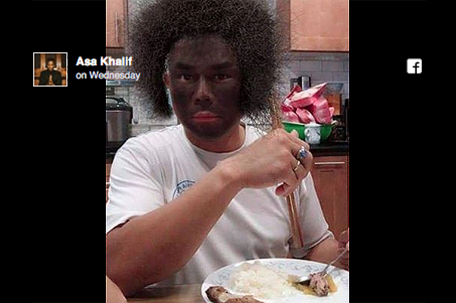 There is a call for the police officer to be fired.

A Philadelphia police officer is in trouble for a photo he allegedly posted of himself in blackface.

Philadelphia officer Hung Nguyen appears to have posted a photo of himself on Facebook in blackface. 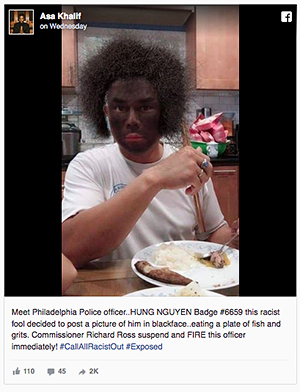 Philly.com reported police officials said they were aware of the photograph and “The photo is being investigated,” according to the department’s public affairs unit.”

Former Philadelphia police officer Andre Boyer said to PhillyTrib.com, “This is a serious matter that is even more serious when you are aware of some of the underlying tensions on the city’s police force,”

Rochelle Bilal, president of the Guardian Civic League, the organization that represents Black police officers, told PhillyTrib.com, “This is happening way too often. This, if it’s him, is dumb, stupid and anything else you can say bad about what has happened.”

However, she did not say he should be fired, “At the very least, he should have to go through some sort of cultural sensitivity training.”