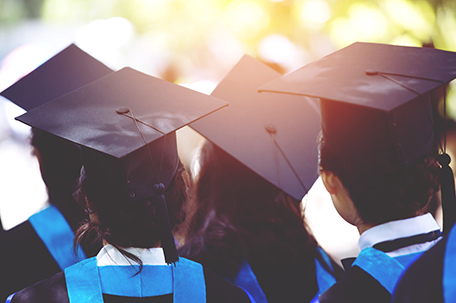 HARRISBURG, Pa.  — Gov . Tom Wolf’s proposal to start a major new scholarship program for students at Pennsylvania’s state-owned universities caused a stir over his idea to divert the money from a sacred cow, but it also spotlit an uncomfortable truth about Pennsylvania’s ragged performance on higher education funding.

By just about every measure there is, Pennsylvania is ranked at the bottom among states in the level of higher education aid, size of student debt and affordability of its colleges.

“I don’t know how much louder we have to scream to get the attention of our legislators about this issue,” said Ken Mash, an East Stroudsburg University political science professor who is president of the union of faculty members and coaches employed at Pennsylvania’s 14 state-owned universities. “Everybody sort of agrees it’s a problem, but nobody has come forward with a solution.”

Meanwhile, Pennsylvania’s demographics are worrisome, with a fast-growing 65-and-older population, a shrinking working-age population and a dropping number of high school graduates.

For Pennsylvania’s state-owned universities, fewer in-state high school graduates and stagnating state aid — the university system gets less direct state aid now than it did in the 2006-07 school year — have translated into dropping enrollments, rising tuition and cutbacks.

In 2018, fall enrollment at the Pennsylvania State System of Higher Education fell below 100,000 for the first time since 2001, driven by steep declines of students from families whose annual incomes are below $110,000. Last fall, enrollment fell again, completing a drop of 20% since 2010.

On Tuesday, with his new budget proposal, Wolf requested a new, $200 million-a-year scholarship program for low- and middle-income state-system students who stay in-state after they graduate.

It could, in theory, wipe out college debt or reduce it for more than 25,000 state system graduates, administration officials said.

Lawmakers are not deaf to the issue. They approved legislation last summer creating a commission to study higher education funding and is required to produce a report with recommendations by July 1.

The system’s chancellor, Dan Greenstein, is in the midst of overhauling the system, working to share administrative resources between universities, avoid duplication in offerings and provide courses more neatly aligned to demand.

Wolf’s scholarship program, he said, targets a critical demographic at a critical time when the state needs to increase the number of adults with higher education degrees from 47% to 60% to meet the current and future demands of employers.

“Unless we ensure affordability, we just can’t make it,” Greenstein said in an interview. “The students we need to graduate to meet those numbers can’t make it to graduation.”

A major complication of Wolf’s plan is the cash source: Wolf is proposing to divert it from subsidies for the horse-racing industry.

Derided by critics as corporate welfare, the horse-racing industry has defenders and top Republicans and Democrats acknowledging that the idea is divisive within their caucuses.

But, if Wolf and lawmakers can agree on another source of money, then the concept of the scholarship program could be a winner in the Republican-controlled Legislature.

The cash source aside, there is likely to be broad support among lawmakers for providing more aid to state system students, said Senate Appropriations Committee Chairman Pat Browne, (R-Lehigh).

“I love the idea of a scholarship program,” Saylor said. “It depends on whose ox is getting gored here, but the big thing is, I like the initiative from the governor.”

Such a large pot of money for scholarships will no doubt generate debate.

Saylor said the Legislature has no special obligation to helping state system students, and he will insist that the program’s scholarship dollars also be available to students attending community colleges and private colleges and universities in Pennsylvania.

Top Democrats were effusive about a scholarship program.

Sen. Vince Hughes, (D-7th Dist.), the ranking Democrat on the Senate Appropriations Committee, said the mission of the state university system as a source of high quality, low-cost education is too valuable to abandon, he said.

The money can be found, Hughes said.

“(The governor is) talking about a quarter of the 100,000 or so students that attend,” Hughes said. “That’s real. And it should it be fought for and we should bring that home.”