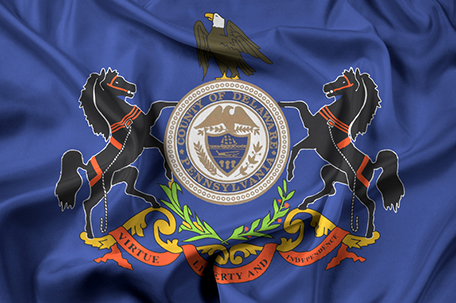 HARRISBURG, Pa.  — Voters next month will decide who should be Pennsylvania’s highest-ranking law enforcement official and oversee an agency with about 250 lawyers and a budget approaching $190 million.

They’ll pick a state treasurer, a job that handles billions of dollars in public funds and plays a critical role in financing government.

And they will choose who will be the state’s next auditor general, a position charged with uncovering governmental waste and wrongdoing.

Two of the three Democrats currently serving as statewide row officers, Attorney General Josh Shapiro and Treasurer Joe Torsella, are seeking reelection. Both are under fire from challengers for what they consider to be the incumbents’ distracting ambition for 2022 races for governor and U.S. Senate.

The third job is open because Auditor General Eugene DePasquale is term-limited and running for a Harrisburg-area congressional seat.

Voters may overlook the row offices, with legislative and congressional races devouring whatever attention isn’t absorbed by the presidential race. But the attorney general, auditor general and treasurer often end up in the middle of Capitol policy debates, and the jobs can be a springboard to higher office.

Heather Heidelbaugh, a lawyer from Mount Lebanon and former Allegheny County Council member, received the Republican nomination to take on Shapiro after running unopposed in the primary.

Heidelbaugh, 61, has described Shapiro as lacking experience as a courtroom lawyer and an attorney general who has chased headlines to feed his political ambition. She cites his recent and repeated publication of coronavirus-related price gouging cases.

“It’s not a stepping stone, it’s a destination,” she said of the job in a campaign video.

On what Heidelbaugh calls her top priority, criminal prosecutions, she hopes to start her term by convening a meeting of county district attorneys to help determine the best direction in the fight against opioids and methamphetamine.

Her campaign’s television advertising has linked Shapiro to murder rates in Philadelphia and statewide and she says she wants the office to exercise its authority to take over more gun prosecutions in Philadelphia.

Shapiro, 47, a resident of Abington, is a former state lawmaker and Montgomery County commissioner who’s seeking a second term.

He took over following the debacle that was Democrat Kathleen Kane’s term in office. Kane resigned in the fourth year of her term after being convicted of fraud and later served jail time.

Shapiro says he’s rebuilt the agency with “a track record of accomplishments” and boasts of being the state’s “most progressive and effective” attorney general.

Shapiro oversaw the investigation that culminated in the August 2018 release of a grand jury report that found about 300 Roman Catholic priests in Pennsylvania had sexually abused children for seven decades, and that their higher-ups helped cover it up.

Heidelbaugh criticized Shapiro’s handling of the report, saying the incumbent should not have made public details in the report about criminal conduct that was not the subject of criminal charges.

“In this case, when you have a horrific factual situation, it’s easy for the public to concentrate on the horror of the nature of the allegations and to concentrate less on the constitutional due process rights of the accused,” she said.

Shapiro said such reports are lawful in Pennsylvania and he would have charged more of the priests, but the statute of limitations in place at the time prevented it.

The priest abuse investigation has featured prominently in Shapiro’s campaign messaging, along with his role in brokering a deal that resolved a major dispute between western Pennsylvania health care insurers.

Shapiro’s first-term highlights include setting up a tip line for schoolchildren to report threats and other concerns, and taking legal action on natural gas drilling abuses, opioid