Pennsylvanians encouraged to protect themselves against tickborne diseases 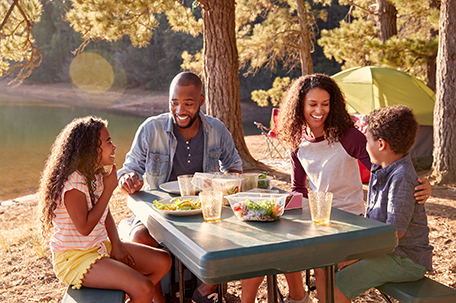 Pennsylvanians experiencing “spring fever,” that perennial urge to venture outdoors to hike, hunt, fish and explore, should plan now to protect themselves and their families against potentially serious tick-borne diseases, including Lyme disease and the rare but dangerous Deer Tick Virus (DTV), which has been found in ticks at high levels for the first time in multiple locations around the state.

“Lyme disease has been present in all 67 counties for some time, and unfortunately, the prevalence of the very serious Deer Tick Virus appears to be increasing in some tick populations,” said Pennsylvania Department of Environmental Protection (DEP) Secretary Patrick McDonnell.

“Pennsylvanians should learn about the threats posed by tick-borne diseases and take commonsense precautions so they can enjoy our abundant natural resources — and the many wonderful physical and mental health benefits of outdoor recreation — as safely as possible,” said Pennsylvania Department of Conservation and Natural Resources (DCNR) Secretary Cindy Adams Dunn.

“By learning where ticks live, seeking treatment if experiencing symptoms, and following the best practices for prevention, we can avoid cases of Lyme disease and other tick-borne illnesses,” said Pennsylvania Department of Health (DOH) Physician General Dr. Denise Johnson. “The Department of Health estimates that there is at least one Lyme disease case for every 100 people in Pennsylvania every year. Lyme disease can cause flu-like symptoms and a rash in the early stages, but the infection could spread to joints, the heart, and the nervous system if not addressed. If you are experiencing symptoms, I encourage you to see your healthcare provider right away.”

“In addition to bringing about increased outdoor recreation overall, springtime plays host to one of Pennsylvania’s most-anticipated hunting seasons, the spring turkey season,” said Pennsylvania Game Commission Executive Director Bryan Burhans. “Hunters and other users of Pennsylvania’s state game lands system are among those who should always be sure to take protective measures against ticks.”

“Treating clothing and gear with tick repellent, and thoroughly checking for ticks after returning from the field, are among the steps hunters can take to prevent tick bites and stay safe while enjoying their favorite pursuit,” Burhans said. “Days spent in the spring woods are exceptionally enjoyable, and even more so for those who know they’ve safeguarded against ticks.”

“Anglers and boaters should take note of this warning as they make plans for the start of trout season and other adventures on the water this spring,” said Pennsylvania Fish and Boat Commission Executive Director Tim Schaeffer.

“Just as we urge boaters to always wear a life jacket, you can further protect yourself by wearing tick repellent clothing or keeping a bottle of tick repellant spray in your tackle box.”

Blacklegged ticks, also called deer ticks, are active even in winter when temperatures are in the mid-30s and above. DEP has posted signage to alert the public and will conduct control measures and additional testing to reduce and monitor the number of ticks present in the recreational areas with high positivity rates for DTV.

Recommended precautions for anyone venturing outdoors include:

Apply tick repellents containing permethrin to clothing and EPA-registered insect repellents such as DEET to exposed skin before entering the outdoors.

Reapply as needed according to product label instructions.

Wear light-colored outer clothing and tuck shirts into pants, and pants into socks.

Walk in the centers of trails and avoid wooded and brushy areas with low-growing vegetation and tall grasses that may harbor ticks.

After returning home, remove all clothing, take a shower, and place clothing into the dryer on high heat to kill any lingering ticks.

Examine gear such as backpacks for ticks.

Conduct a full-body tick check using a hand or full-length mirror, including hidden areas such as the scalp, ears, armpits, belly button, and between the legs.

Check over any pets exposed to likely tick habitats each time they return indoors.

If a tick is found attached to your skin, use tweezers to remove it carefully, including the head. Monitor for symptoms and contact your doctor with any questions.

The DTV-positive ticks were discovered during routine testing as part of DEP’s active tick surveillance program, a five-year pilot program that began in 2018. Surveys are conducted in every county in Pennsylvania to track ticks’ habitats, life stages and peak activity levels and to test them for human pathogenic diseases.

Fall and winter surveillance focuses on analyzing adult black-legged ticks for emerging and changing disease burdens in public use habitats across Pennsylvania, such as parks, playgrounds, recreational fields, and state game lands.

The previous highest DTV infection rate found at a single location in Pennsylvania was 11%, and the highest infection rate reported nationally in scientific literature was approximately 25%. The statewide average infection rate for DTV was 0.6% in 2021 when adult tick samples were collected.

The Deer Tick Virus, which is a type of Powassan virus, is rare in the United States, but positive cases have increased in recent years. It is spread to people primarily by bites from infected ticks and does not spread person-to-person through coughing, sneezing, or touching.

Powassan virus can be transmitted from tick to human in as little as 15 minutes after a bite occurs, while other tick-borne diseases, such as Lyme disease, take much longer to cause infection, often 24 hours or more after the tick attaches to the host. There are no vaccines to prevent or medicines to treat Powassan viruses. Preventing tick bites is the best way to reduce the risk of infection and disease.

Initial symptoms of a DTV infection may include fever, headache, vomiting, and weakness. Some people who are infected with DTV experience no symptoms, and therefore infection may go undetected. However, 91% of patients treated for DTV infections develop severe neuroinvasive disease.

Those who exhibit severe disease from Deer Tick Virus may experience encephalitis or meningitis and require hospitalization, with symptoms including confusion, loss of coordination, difficulty speaking, or seizures. About 12% of people with severe disease have died, and approximately half of survivors of severe disease have suffered long-term health impacts. For more information about the health impacts of DTV, visit the CDC Powassan Virus at: www.cdc.gov/powassan/index.html.

Knowing your health heritage: the familial link of diseases

Gov. Tom Wolf thanks Pennsylvanians for sacrifices during the 2019 Novel Coronavirus pandemic