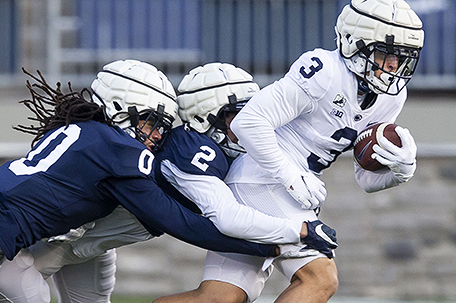 HARRISBURG, Pa.  — Gov. Tom Wolf has signed legislation to allow college athletes in Pennsylvania to start earning money based on their fame and celebrity without fear of sanctions from their school or athletic association.

Pennsylvania, as a result, joins a growing number of states, including Texas and Florida, that are paving the way for athletes to make money based on their athletic exploits.

Athletes must report the contracts to their schools and Pennsylvania’s law puts limits on what athletes can do.

The NCAA’s stopgap measure came less than two weeks after the U.S. Supreme Court ruled against the association in a case involving education-related benefits.

College athletes to be paid for use of their image, likeness