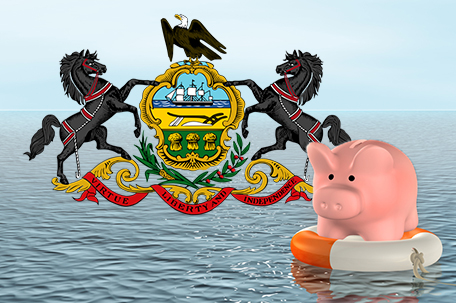 Wolf, a Democrat, has not said whether he will sign it. The main spending bill in the package won Senate approval, 44-6, on Thursday. It squeaked by the House, 103-99, just hours after it was unveiled Tuesday.

The $25.8 billion package carries full-year money for many public school budget lines, as well as for state-supported universities, debt service and school pension obligations. But it funds much of the rest of the state’s operating budget lines, including billions for social services, only through Nov. 30, the last day of the two-year legislative session.

Wolf and other budget makers say that will give them time to see how badly coronavirus-related shutdowns damage tax collections and whether the federal government sends another aid package to states.

Meanwhile, companion legislation to distribute about $2.6 billion of the $3.9 billion in emergency federal coronavirus aid sent to the Pennsylvania state government won approval in House and Senate committees moments after being unveiled Thursday.

No letup for UK lawmakers: Johnson presses ahead with Brexit