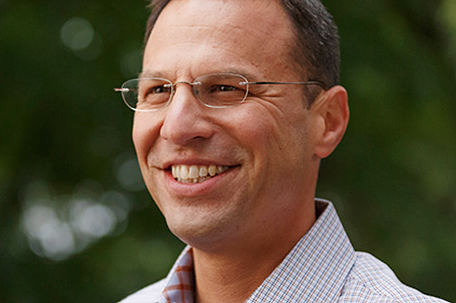 The Republican-controlled state Senate voted to dramatically expand statutes of limitation in sexual abuse cases where children as well as young adults are the victims.

Senators also voted to set in motion the multiyear process of seeking to amend the constitution to give now-adult victims of child sexual abuse a new opportunity to sue their abusers and institutions that may have covered it up.

Last year’s landmark grand jury report on the coverup of child sexual abuse in six of Pennsylvania’s eight Roman Catholic dioceses over much of the 20th century breathed life into legislation to respond to the scandals.

Pennsylvania Attorney General Josh Shapiro, whose office convened the grand jury, praised the changes even though Republican senators rejected giving now-adult victims a new chance to sue — an element that both he and victim advocates had fought for.

“These reforms are more than just statutory changes,” he said in a statement. “They fundamentally change our justice system to better protect victims and hold abusers, and those who cover up abuse, accountable under the law.”

The House earlier this year approved the bills’ core elements, and the Senate’s passage sent some elements of the package to Gov. Tom Wolf’s desk.

However, one bill extending statutes of limitation must win House approval one more time after the Senate added several provisions, including adding young adults to legislation that had previously included just children.

In the debate’s flashpoint, the Senate once again blocked efforts to dissolve time limits in state law that bar now-adult victims of child sexual abuse from suing.

It failed on a party-line basis, after years of opposition by Roman Catholic bishops, insurers and the Senate’s leading Republican, President Pro Tempore Joe Scarnati, R-Jefferson. Debate over it has held up a broader response in the Legislature to the church’s scandals.

Republican senators maintained that it would be unconstitutional to undo a statute of limitation to create a retroactive effect. That brought a retort from Sen. Larry Farnese, D-Philadelphia, that Republicans are using constitutionality as an excuse, and care less about the constitution when a favored group wants the law changed.

“The courts are competent enough to make that determination,” Farnese said. “And when it’s struck down, we start over. How many times have we had bills in this place struck down? When the NRA wants a bill, they get it. Who gives a darn about the constitution then? We’ll push that thing right through because they want it.”

The alternative Republicans preferred to changing state law is changing the state constitution.

However, the process of amending the constitution could take several years because it requires passage by both chambers in two consecutive two-year legislative sessions and then affirmation in a statewide voter referendum.

In the wake of last year’s grand jury report, the Philadelphia archdiocese and six Pennsylvania dioceses opened victim compensation funds while the question of giving now-adult victims of childhood sexual abuse a legal “window” to sue remained stuck in the Senate.

Many victims lost that right under Pennsylvania law by the time they turned 20, while victim advocates say the dioceses have deftly used the delay to limit their civil liability. Offers from the diocese’s compensation funds required a victim to give up the right to sue later.

Bishop: Children and youth bills signed into law by governor