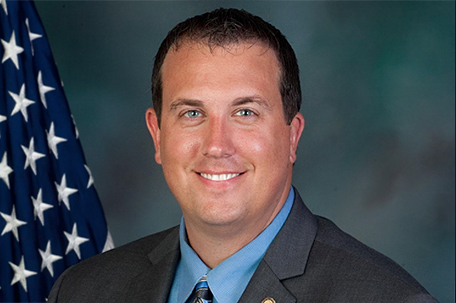 The GOP majorities in both legislative chambers have convened a series of hearings on election law and more are scheduled, but counties are preparing to run the May 18 primary election under the same rules as in November.

County elections officials will have to keep waiting for a long-sought change to add a pre-election period to process absentee and mail-in ballots.

The counting bottleneck in November meant that the state’s winner, Joe Biden, did not declare victory until the Saturday after Election Day.

“The intent was never to hit the May primary, it was impossible to do that,” said Rep. Seth Grove, R-York, who as chair of the State Government Committee has overseen House hearings, with three remaining.

Grove said his goal remains to get “election law done in time for the General Election.”

Grove said he wants to complete a comprehensive look at the entire voting process before lawmakers determine which changes to state election law are warranted. Priorities include “a better election timeline and standardization and uniformity,” and that the state Supreme Court should not be “making policy,” Grove said.

“We want all the information before we make any decisions,” Grove said.

Wanda Murren, spokesperson for the Department of State, said pre-canvassing legislation remains a priority for Democratic Gov. Tom Wolf’s administration and for the county agencies that run the nuts and bolts of voting and counting the results.

“While the November 2020 election went exceedingly well, the delay in counting mail ballots and arriving at election outcomes provided an environment in which a false narrative was allowed to proliferate,” Murren said.

“Carrying out pre-canvassing of ballots in public settings is a common-sense solution supported by election officials of all parties.”

Under the new no-excuse absentee ballot law in the state, there were inconsistent practices on contacting voters to fix problems with absentee ballots and in the use of secure boxes where voters could drop off the ballots.

There was also a slew of litigation from then-President Donald Trump and the GOP.

“You saw the different counties reading the law differently and we didn’t want that to happen,” Schaefer said.

The commissioners association also supports moving the deadline to apply for a mail-in ballot from seven days before the election, as is currently the law, to 15 days before, which would match the voter registration deadline.

Lycoming County elections director Forrest Lehman said the Legislature’s failure to act on pre-canvassing and other changes to improve procedures is a factor in a string of county elections chiefs quitting in the past year and a half.

“I don’t know of a clearer signal to the governor and the Legislature that the way we’re running elections in Pennsylvania is not sustainable,” Lehman said.

Schaefer said she hopes the General Assembly and Wolf can agree on revisions before lawmakers break for the summer at the start of July, so that counties won’t be rushed to adopt and adapt to changes in the month or two before the Nov. 2 election.