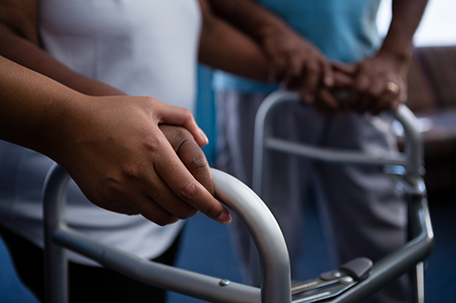 HARRISBURG, Pa.  — Pennsylvania’s top prosecutor has opened criminal investigations into several nursing homes amid a coronavirus outbreak that has killed 2,600 residents of nursing homes and other facilities that care for older adults, more than two-thirds of the state’s death toll, his office announced Tuesday.

“We will hold nursing facilities and caretakers criminally accountable if they fail to properly provide care to our loved ones,” Attorney General Josh Shapiro said in a written statement. “While we salute and appreciate nursing home staff on the front lines during this pandemic, we will not tolerate those who mistreat our seniors and break the law.”

Adam Marles, president and CEO of LeadingAge PA, which represents hundreds of nonprofit nursing homes statewide, said: “We will continue to support our members, their front line workers and residents during any investigation.”

Long-term care facilities have struggled for months to contain the coronavirus. The virus has sickened about 12,000 residents of 540 nursing and personal care homes, accounting for about one-fifth of the state’s confirmed infections, according to the Health Department. The National Guard has been deployed to more than a dozen homes with severe outbreaks.

One of the worst is at Brighton Rehabilitation and Wellness Center in Beaver County, near the Ohio border, where dozens of people have died and the Health Department has installed a temporary manager.

Shapiro’s involvement comes as the administration of Gov. Tom Wolf — itself under fire for its management of the nursing home crisis — rolls out a plan to begin universal coronavirus testing at nursing homes and other facilities that provide elder care.

Nursing homes have long said they haven’t been able to do enough diagnostic testing to quickly identify and isolate patients and staff who have the virus. They say testing is critical because people can spread the virus without knowing they have it.

The new Health Department guidance encourages facilities where COVID-19 is already present to test all residents and staff, whether or not they have symptoms of the disease. Nursing homes without any known infections of the virus should test 20% of residents weekly, the guidance says. Testing will be required for residents returning to a nursing home from the hospital.

The health secretary, Dr. Rachel Levine, said Tuesday that shortages of testing supplies had previously made surveillance testing at nursing homes impossible. But she said there are now sufficient numbers of tests to allow for such testing of every resident and staff member. The testing will serve as an early-warning system, she said.

“This effort will give us a clearer picture of the extent of outbreaks in nursing homes, and a head start at stopping them,” she said.

The House of Representatives could take up the bill as early as Thursday, a spokesman for House Majority Leader Bryan Cutler, R-Lancaster, said.

Independent Sen. John Yudichak of Luzerne County welcomed universal testing but said the Wolf administration has been far too slow to act.

“While other states were ramping up testing in nursing homes and were transparent in granting access to the public about COVID-19 deaths occurring in those facilities, Pennsylvania’s nursing homes had been forgotten about in our war against COVID-19,” he said in a written statement. “Nine weeks without a robust plan is far too long.”