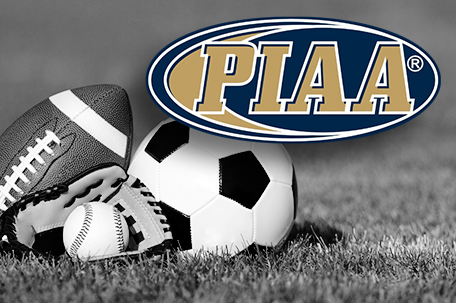 HARRISBURG, Pa. — The governing body for Pennsylvania school sports last Friday delayed making, for at least two weeks, a decision about whether to follow the governor’s recommendation and cancel sports until January. The board of the Pennsylvania Interscholastic Athletic Association said mandatory fall sports activities are on hold until its next meeting on Aug. 21. The association hopes to use that time to discuss the matter further with Gov. Tom Wolf. Voluntary workouts can continue in the meantime.

“It is clear to PIAA, the unintended consequences of canceling fall sports need to be further reviewed,” the association’s statement said. The group maintains fall sports can be conducted safely.

The board issued a statement that said it wanted Wolf and agencies under him “to partner with us and work collaboratively to further discuss fall sports,” and hoped for “insight and discussion” from state lawmakers.

Senate Majority Leader Jake Corman of Centre County said most if not all of his fellow Republican senators support holding school sports this fall.

Wolf has had a pattern of acting with little or no input from the Legislature, Corman said.

“He put the PIAA in a really difficult position,” Corman said. “He should have made it an order if he could, or he should have stayed out of it.”

Wolf said last Thursday that his “strong recommendation and not an order or mandate” was to hold off on youth league and school sports to help prevent transmission of the coronavirus. Decisions about whether to play, however, he left to local school boards.

The PIAA has developed health and safety plans for school sports, and the prospect of ending them for the coming months comes just as teams are starting to prepare for the fall season. Some schools have already decided to forgo sports this fall, and some high school leagues had also previously delayed the start of their fall seasons.

The 1,431-school PIAA, a nonprofit corporation based in the Harrisburg suburbs, was founded more than a century ago and includes nearly all public high school and middle schools in the state, along with many charter and private high schools. It describes its purpose as to develop and enforce rules about interscholastic athletic competition.