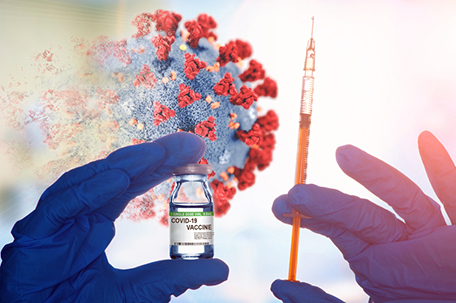 HARRISBURG, Pa.  — More than 1,200 doses of a COVID-19 vaccine have been administered to health care workers at 16 Pennsylvania hospitals, the state health secretary said last Thursday, while dozens of other hospitals across the state waited to receive more than 96,000 doses by the end of the week.

No adverse health effects have been reported in the state among those who have gotten the shot so far, Dr. Rachel Levine said at a news briefing.

“Things are moving smoothly in Pennsylvania,” she said.

Levine said last week’s snowstorm did not hold up delivery of the state’s initial allotment of 97,500 doses to 87 hospitals, adding the delivery schedule was set by Operation Warp Speed, the Trump administration’s vaccine development program.

The state anticipates weekly shipments of the new Pfizer vaccine and a second vaccine from Moderna that is expected to win government approval. But Levine said the state doesn’t know how many doses it should expect from week to week.

“We really don’t know how much we’re going to get. We get these estimates and then they change them a couple days later. It really depends upon the production and manufacturing schedule,” she said.

Vaccinations of residents and staff at nursing homes are expected to begin Dec. 28, she said.