One dead, 22 injured after car crashes into Times Square 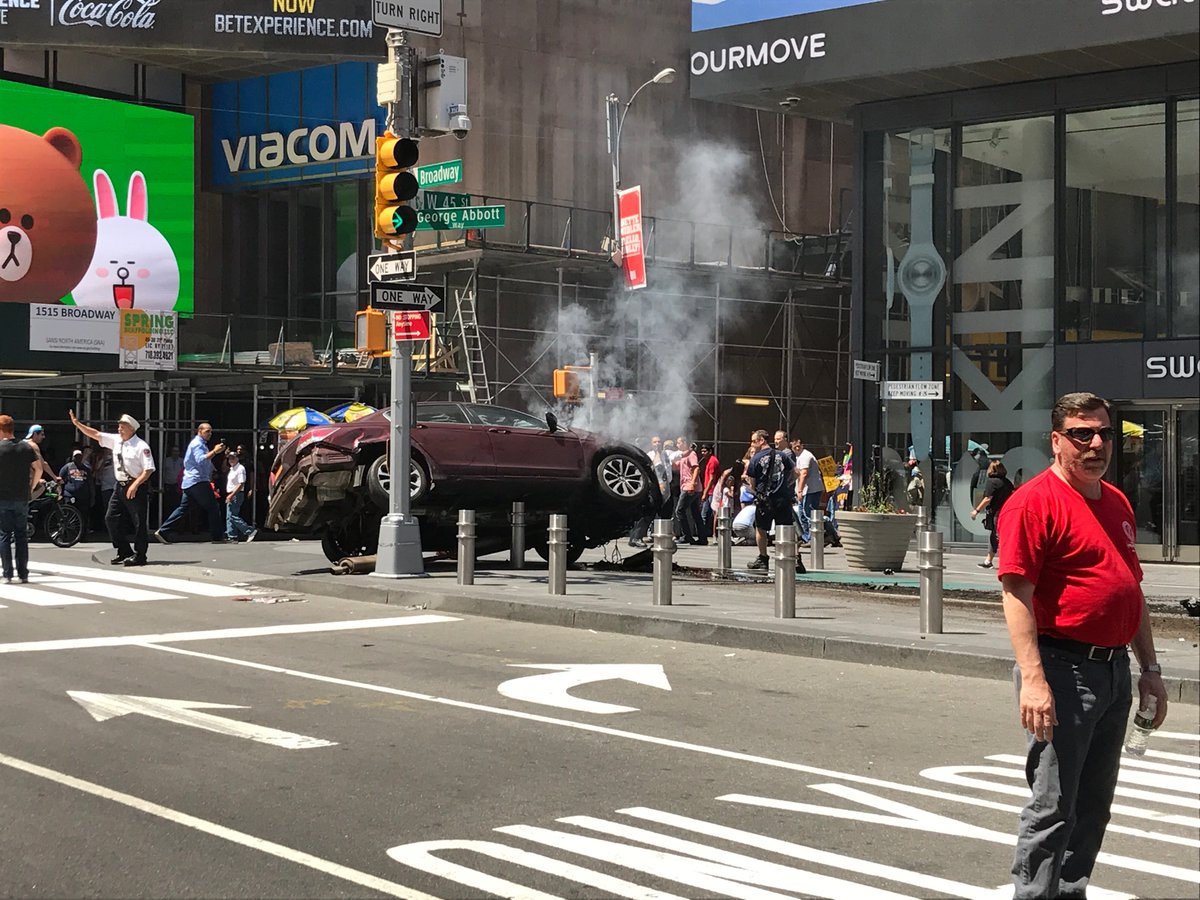 Another witness told WABC a driver drove onto the sidewalk and drove over multiple people.

The car appeared to catch fire after crashing.

The mayor said major sites in city will get additional police coverage from anti-terror units.

New York Gov. Andrew Cuomo, who was at the scene getting briefed by New York Police Department officers, said in a statement, “Today’s events at Times Square were nothing short of horrific. I was briefed at the scene by Commissioner O’Neill and saw firsthand the professionalism and diligence of New York’s first responders. As facts continue to emerge, my heart goes out to the victims of this terrible tragedy, as well as their families.”