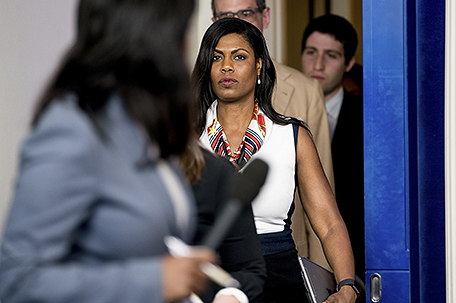 Former presidential adviser Omarosa Manigault Newman says the country is not going to be OK.

The show shared a clip on Twitter. It premieres at 8 p.m. Eastern Thursday on CBS.

Manigault Newman says she was “haunted by tweets” every day and wondered what President Donald Trump was going to tweet next. She says people around Trump “attacked” her when she tried to stop him.

Fellow contestant Ross Matthews says he wants her to say it’s going to be OK. She says tearfully “it’s going to not be OK.”

Manigault Newman was an assistant to the president and director of communications for the Office of Public Liaison until she left in December.