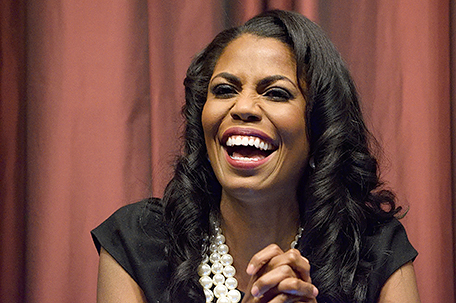 The crowd was not having it, and groaned during her speech about the administration’s supported of  historically Black Colleges and Universities.

Omarosa Manigault publicly advocated for President Donald Trump again at a recent luncheon for the National Action Network in New York, according to the New York Daily News.

Manigault spoke about the Small Business Administration, and the administration’s commitment to Historically Black Colleges and Universities during remarks at a women’s power luncheon, which featured rapper and actor MC Lyte.

But Manigault [who is director of communications for the office of Public Liaison for the Trump administration] had her work cut out for her at the Sheraton Times Square, as Trump has been heavily criticized by Blacks and women.

NAN founder Al Sharpton told Manigault to tell Trump that “we as Blacks and women are, in the first 100 days — seeing a disaster in Washington, D.C.,” reports Politico.