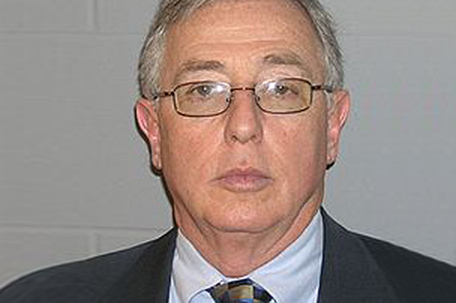 WILKES-BARRE, Pa.  — State and county officials have confirmed the voluntary closure of a for-profit juvenile detention center in northeastern Pennsylvania to which prosecutors said juvenile offenders were improperly sent in a kickback scheme that led to the imprisonment of two judges.

The (Wilkes-Barre) Citizens’ Voice reports that the 60-bed PA Child Care in Pittston shuttered in mid-November, just a month after having been licensed by the state Department of Human Services to operate for another year.

“They closed voluntarily, so I don’t think it’s our place to discuss their business decisions,” Ali Fogarty of the Department of Human Services told the paper in an email. The Luzerne County center didn’t respond to repeated requests for comment, nor did operator Mid-Atlantic Youth Services or its sister facility Western PA Child Care, which Fogarty said remains open in Butler County, the paper said.

Judge Jennifer Rogers, Luzerne County’s new juvenile court judge, said officials were informed of the closure plan in mid-October and weren’t told the reason. Two juveniles placed there and three detained awaiting the outcomes of their cases were immediately transferred to other facilities, she said.

In 2009, prosecutors said former judge Mark Ciavarella, who presided over juvenile court, and another judge, Michael Conahan, shut down a county-run juvenile detention center and accepted $2.8 million in illegal payments from the builder and co-owner of the two for-profit lockups.

Prosecutors said Ciavarella ordered children as young as 10 to detention, many of them first-time offenders convicted of petty theft and other minor crimes. The judge often ordered youths found delinquent immediately shackled, handcuffed and taken away without giving them a chance to say goodbye to their families, they said.

The Pennsylvania Supreme Court threw out some 4,000 juvenile convictions after the scheme was uncovered.

In August, a federal judge upheld the 28-year prison sentence imposed on Ciavarella, who had been seeking a lighter term after three of the 12 counts of his 2011 conviction were overturned on appeal. Conahan was released to home confinement with six years left on his 17-year sentence due to coronavirus concerns.

Officials: John B. Kelly school will remain closed on Monday Oct. 16 due to mold