Officer tells black driver: ‘I don’t care about your people’ 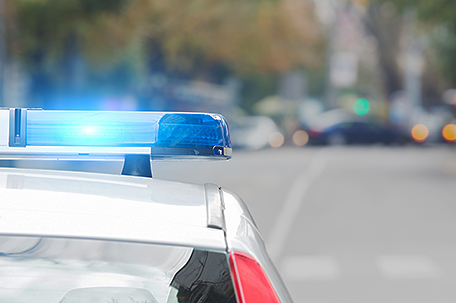 ATLANTA –A Georgia police officer told a black driver “I don’t care about your people’’ in a heated exchange at a traffic stop, and police say they’ve disciplined and reassigned the employee.

The officer’s conduct “does not meet our high standards, has brought discredit to the department… and is not now nor will ever be tolerated,’’ Cobb County police Capt. J.D. Adcock wrote in a Nov. 24 letter to the driver, 33-year-old Brian Baker.

An investigation found that the officer violated the department’s code of conduct, according to the letter. The officer is referred to only by last name.

The comments were racial references because Baker is black, his lawyer, Kimberly Bandoh, said in an interview Friday. Bandoh said the officer should be dismissed from the force.

“If I as a lawyer would say, ‘I don’t like your people,’ I would be terminated,’’ Bandoh said. “My client is a school teacher, and if he told a student that, he would immediately be terminated.’’

Adcock wrote to Baker that Cobb County police have taken several steps including “formal discipline,’’ but the letter does not specify what type nor does it say where the officer has been reassigned.

“I want to take this opportunity to personally apologize to you for the conduct that you experienced and want you to know that we have taken the extraordinary step of using formal discipline, enhanced training, and reassignment in an effort to prevent similar incidents,’’ Adcock wrote.

Cobb County police Sgt. Dana Pierce said he couldn’t comment on the incident because of the investigation.