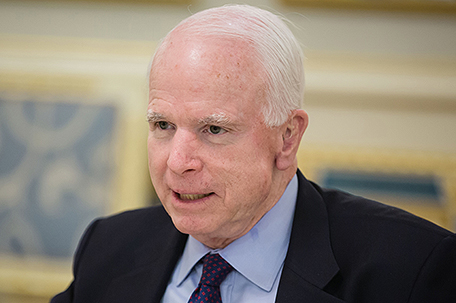 The Senate has rejected a measure to repeal parts of former President Barack Obama’s health law, dealing a serious blow to President Donald Trump and the GOP agenda.

Unable to pass even a so-called “skinny repeal,” it was unclear if Senate Republicans could advance any health bill.

Three Republicans joined with all Democrats to reject the amendment, which would have repealed mandates that most individuals get health insurance and that large companies provide it to their employees. It would have delayed a tax on medical devices.

The amendment was a last resort for Senate Republicans to pass something — anything — to trigger negotiations with the House. Some Republicans were concerned that the House would simply pass the pared-down bill and send it to Trump. Republican Sens. John McCain of Arizona, Lisa Murkowski of Alaska and Susan Collins of Maine voted with Democrats to defeat the measure.