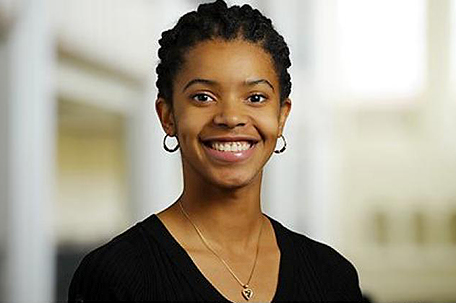 The University officials say they do not retain records on the race of previous students who have graduated at the top of their classes, but spokeswoman Julie Flory told the Northwest Indiana Times, “I personally don’t recall us having a Black valedictorian before.”

Washington told the paper that she was “humbled. I am in a mode of gratitude and thanksgiving right now.”

She downplayed her success by saying that she had not gotten to that point alone.

“I have had so much support, people who really wanted to see that I reached my full potential.,” Washington said. “They all had my best interest at heart.”

Her mother is a nurse and her father is a doctor, so it looks like Katie is following the family lineage at this point.

During her tenure at Notre Dame, she minored in Catholic Teaching. Aside from her 4.0 grade point average, she conducted research on lung cancer and co-authored a paper with David Severson, a professor of biological sciences.

She plans on obtaining a joint M.D./Ph.D at Johns Hopkins University.