Nonprofit director who made racist ‘ape in heels’ comment fired 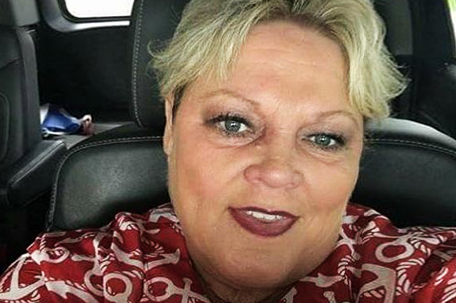 The director of a West Virginia nonprofit who called first lady Michelle Obama an “ape in heels” was fired, state officials said Tuesday.

Pamela Taylor, who headed the Clay County Development Corp., was removed from her position as the result of an agreement between the state and the nonprofit’s board of directors, the Charleston Gazette-Mail reported.

Taylor’s racist Facebook post was not mentioned as a reason for her firing. Instead, Robert Roswall, state commissioner for senior services, said the Clay County agency had not been following nonprofit law, including violations of the open meetings act, the board’s structure and refusal to respond to public records requests.

“This was the best opportunity to make things right for people here,” Roswall told MetroNews, adding Taylor’s comment prompted people to start calling state officials to lodge complaints about how the agency was run.

After the Nov. 8 election, Taylor expressed satisfaction on her Facebook page that Obama would no longer be first lady.

“It will be refreshing to have a classy, beautiful, dignified first lady back in the White House. I’m tired of seeing an ape in heels,” she wrote.

The comment prompted strong reactions, comparing Taylor to an ape as well as various farm animals. She was suspended for six weeks and had been scheduled to return to work last Friday when the state and the nonprofit’s board reached agreement on the future of the agency.

Beverly Whaling, the mayor of Clay, the community about 20 miles northeast of Charleston where the nonprofit has its offices, resigned after replying to Taylor’s comment: “Just made my day Pam.” Whaling later tried to explain her comment to the Washington Post: “My comment was not intended to be racist at all. I was referring to my day being made for change in the White House! I am truly sorry for any hard feeling this may have caused! Those who know me know that I’m not in any way racist!”

In addition, to Taylor’s firing, two of her sisters, who also worked for the agency, were fired, MetroNews reported.

The state initiated an investigation of the Clay County Development Corp.’s finances. The agency, the second largest employer in the county with 192 workers in 2014, provides financial support to elderly and low-income residents as well as services to the elderly, and received $1.5 million in federal funding and $363,000 in state funding in 2014, the Gazette-Mail reported.

The 2014 census estimated 25 percent of county residents live below the poverty line.

The nonprofit’s functions were to be administered for the next six months by the Appalachian Area Agency on Aging while the staff is retrained.

“Following the state’s request for specific assurances that the CCDC is following anti-discrimination policies, we have been assured that Pamela Taylor has been removed from her position as CCDC director,” Gov. Earl Ray Tomblin said in a statement.

Official suspended after racist Obama post to return to job