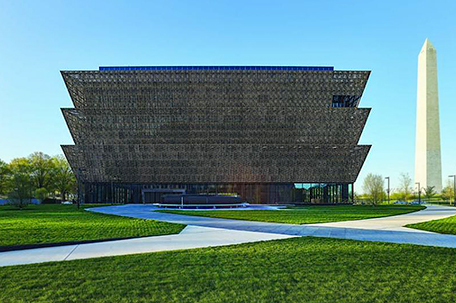 ABOVE PHOTO:  Vista of the Museum from Constitution Avenue, looking across the north lawn to the Washington Monument.  (Photo credit: Alan Karchmer/NMAAHC)

The Smithsonian’s National Museum of African American History and Culture is expected to be an eye-opening experience for those looking to learn more about the centuries of sacrifice, blood, sweat, and tears Black people have given for the United States.  From slavery to the Civil Rights Movement, to the election of the first Black president, the newest addition to the Smithsonian Institution will give you a lot to think about. But there is one very important piece of American history that will be missing.  There will be no major artifacts highlighting Dr. Martin Luther King Jr.  According to the Daily Mail, some people believe Dr. King’s children are the reason why.

The King Family has not given the museum authorization to use their father’s personal property.  In the past few years, the King family has been embroiled in numerous bitter battles over the use of their father’s personal items.  They’ve sued people who were close to their father during the Civil Rights Movement, and they’ve even sued each other.  The siblings sued actor and civil rights activist Harry Belafonte when he tried to sell letters and other papers Dr. Martin Luther King gave him, according to the Washington Post. They also filed a lawsuit against former Atlanta Mayor Andrew Young, attempting to remove him from the board the King Center for Nonviolent Social Change for using Dr. King in a documentary.  The siblings sued each other for the right to sell Dr. King’s Nobel Peace Prize and Bible in a shocking display that made news headlines around the world. 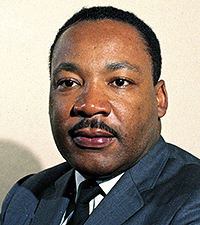 The family has been very careful about the use of their father’s image for years and have been accused of asking for high licensing fees for those who ask to use his words or image.  Stanford University Professor Clayborne Carson said, “They’ve made it clear that they’re not going to just give away his legacy, so I just think realistically you have to move on.  Yes, it would be nice if they simply donated what they had inherited from their father, but I’m not sure how many people put in the same situation would.”

Even though there will not be any major artifacts from the family, there will be 165 items listed including vinyl records, buttons, and photographs under his name when the museum opens on September 24th.

While watching the King family fight amongst each other over their father’s legacy is very sad, they have a right to ask for money to use his words and images.  Dr. King literally changed the condition of the Black experience in America.  He gave his life to see change happen and his family paid the price.

Sources: Daily Mail UK, and the Washington Post contributed to this article.