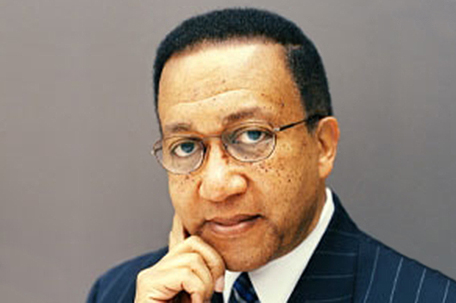 Dr. Benjamin F. Chavis, Jr., the president and CEO of the National Newspaper Publishers Association (NNPA), delivered a rousing speech about the importance of the Black press and the Black vote during the 109th NAACP Annual Convention in San Antonio, Texas.

The NNPA is a trade group that represents more than 200 Black-owned newspapers and media companies in the United States. NNPA member publications reach more than 20 million readers combined in print and online every week.

NNPA Board Chairman Dorothy Leavell and a several other NNPA members also attended the convention.

“I can’t think of a better place to be in the world than to be here at the NAACP [convention],” Dr. Chavis said as he began his speech. “Brother and sisters, you look so beautiful this morning.”

Dr. Chavis noted that 2018 marked the 191st year of the Black press in America.

“Since 1827, when ‘Freedom’s Journal’ was published in New York, we’ve been on the case,” Dr. Chavis told the convention audience. “All of you should be subscribing to the Black press. Don’t worry about the ‘fake news’; pay attention to Black news.”

Dr. Chavis also reminded the audience that the NAACP and the NNPA signed a memorandum of understanding earlier this year during the NNPA’s 2018 Mid-Winter Conference in Las Vegas.

Dr. Chavis addressed the NAACP convention on the 100th birthday of Nelson Mandela.

“Some of you recall in 1993 at the national convention of the NAACP, we invited Nelson Mandela to the stage and he reminded us that the African National Congress sought guidance from the NAACP, ” Dr. Chavis said. “It’s been a long, working relationship, starting with W.E.B. Du Bois on up to today, between the NAACP and the ANC…our brothers and sisters in Africa are making progress and we need to make progress here in America.”

The NNPA president lamented the current state of politics in Washington, D.C. and the attacks on voting rights across the nation.

“It’s a reaction to us going to the polls and voting,” Dr. Chavis said. “Voter suppression is taking place, because we’re voting…but we’re going to overcome voter suppression, this year.”

In 2018, the NNPA launched a campaign promoting the importance of voter registration in the Black community with the goal to encourage 5 million Black citizens to register to vote and go to polls during the midterm elections in November.

“We want the largest Black voter turnout in American history led by the NAACP, led by the Black press of America,” Dr. Chavis said.

Dr. Chavis said that he was confident about the future of the NAACP, the Black press and the Black community.

Stacy Brown is an NNPA Newswire Contributor and co-author of “Michael Jackson: The Man Behind the Mask: An Insider’s Story of the King of Pop.” Follow Stacy on Twitter @stacybrownmedia.

This article was originally published at BlackPressUSA.com.