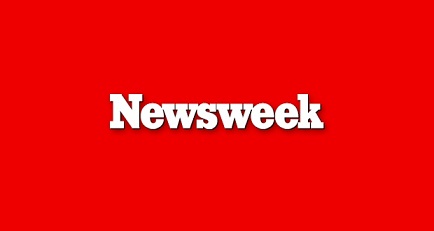 By Josh Saul and Celeste Katz

Investigators for the Manhattan District Attorney raided Newsweek’s offices on Thursday, removing 18 computer servers as part of a long-running probe into the company’s finances, according to witnesses.

The investigators, armed with a search warrant, took photographs and gathered information about the servers and their capacity, according to sources close to the matter, and throughout the day investigators were seen closely examining the equipment inside the server room.

At approximately 4 p.m., investigators removed servers and loaded them onto a cart and into the freight elevator of the company’s lower Manhattan offices. The servers they took were not being used and Newsweek’s working servers remain operational in the company’s building.

In a statement Thursday evening, Newsweek Media Group, the publication’s parent company, said: “No information regarding the company’s content, stories, personnel, or sources was given and Newsweek Media Group has been assured by the DA’s office that the investigation is not about any content-related issues.”

A grand jury investigation of Newsweek Media Group, formerly known as IBT Media, has been ongoing for at least 17 months, according to a source familiar with the matter. The probe was likely looking at loans the company took out to purchase the servers.

A spokeswoman for the Manhattan DA’s office declined to comment on the probe.

The company has a rocky financial history. Digital startup IBT Media bought Newsweek from IAC, an internet and media company, in 2013 and it missed payroll and laid off large numbers of employees in 2016.

Both Etienne Uzac and Johnathan Davis, the IBT founders who bought Newsweek in 2013 and still own parts of Newsweek Media Group, also appear to have large debts, according to public records. The Internal Revenue Service filed a $1.2 million lien against Uzac in December, while the IRS filed an $800,000 lien against Davis in October, public records show.

Nevertheless, the search on Thursday surprised staffers and managers alike, coming in the middle of an aggressive expansion and a hiring boom.

“The company is stable and on a firm financial footing,” said Dev Pragad, chief executive of Newsweek Media Group. “In December, we saw the largest audience and revenue numbers in our history.” He declined to comment further.

In a written statement Thursday, the company said the purpose of the search was to “obtain technical information about the servers.” Aside from that, “consistent with its expressed policy regarding law enforcement, Newsweek Media Group, a responsible media company, will continue to cooperate with the DA’s office to the fullest extent.”

The magazine, which launched in February 1933 and continues in both digital and print formats, is currently part of a suite of properties including International Business Times that operate under the umbrella of Newsweek Media Group.

IBT Media has faced questions about its relationship with David Jang, a South Korean pastor who leads a Christian sect called “the Community” and founded a small bible college called Olivet University, according to a 2014 Mother Jones report.

In an interview, Newsweek Editor-In-Chief Bob Roe, who has worked at the magazine for four years, said Thursday’s briefing was the first he had heard of any investigation by the district attorney.

Roe called the incident “distressing,” but said work would continue: “We’ve got to keep doing our job as long as we can, and part of that job is reporting this story.”

Newsweek is “going through a lot of transition, and it’s been difficult,” he said. “I think that’s true of almost every journalistic organization I know of.”

Roe’s predecessor, Matt McAllester declined to comment. Former Editor-In-Chief Jim Impoco did not immediately respond to a request for comment.

Investigators remained on the scene until late in the day—several guarding the door to the server room. That led Newsweek employees to question whether the activity was limited only to checking out computer equipment.

The investigators spent much of the afternoon chatting on the far side of the newsroom.

“Nobody’s going to jail,” one agent told a concerned employee.