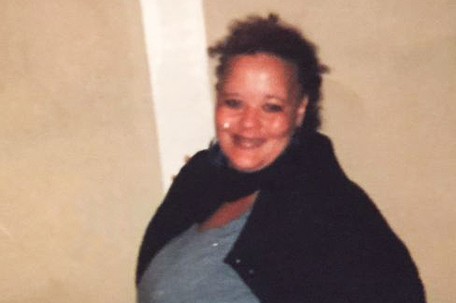 By Jim Fitzgerald and Michael Virtanen

WHITE PLAINS, N.Y. — The state’s top prosecutor said Monday that he will investigate the jail cell death of a mother of eight who waited two days for arraignment on a shoplifting arrest.

Attorney General Eric Schneiderman said his office will take over the investigation into what happened to 42-year-old Raynette Turner, who died July 27 in the Mount Vernon Police Department’s cellblock.

Schneiderman is acting for the first time under an order issued by Gov. Andrew Cuomo last month giving the attorney general authority in cases where people die in encounters with police. Cuomo said he hoped to do away with perceived conflicts of interest between local district attorneys and police.

Among those who asked Cuomo to empower the attorney general was the mother of Eric Garner, a Staten Island man who died after a videotaped police chokehold. No officers were indicted in his death.

The death of a jailed woman in Texas last month, after a confrontation with a police officer during a traffic stop, has drawn national attention. Sandra Bland was found dead in her jail cell in Hempstead on July 13. Officials say she used a plastic bag to hang herself, a finding her family has questioned.

Mount Vernon police officials said Turner was arrested July 25, a Saturday, on a charge of stealing a package of crab legs from a wholesale food store, and she was being held for a Monday arraignment. They said she reported not feeling well July 26 and was taken by ambulance to a hospital, where she was treated for high blood pressure, then returned to her cell a few hours later.

Turner was seen alive at midday July 27, they said, but was found dead at 2 p.m.

An autopsy was inconclusive pending drug and other tests.

Mount Vernon Mayor Ernest Davis issued a statement saying the city and Schneiderman “have agreed to work together to make sure the investigation is comprehensive and thorough. … We will continue to make every effort to keep the dialogue open surrounding Mrs. Turner’s death.”

A lawyer for Turner’s husband did not immediately return a call seeking comment.

Police have not addressed the question of why Turner was held over a weekend on a minor charge rather than given a court summons and released. City officials did not immediately respond to that question Monday.

A spokesman for the state Office of Court Administration, David Bookstaver, said Monday that Turner could not be arraigned July 27 because the court had received no written complaint.

“She was brought upstairs to a holding cell for arraignment and got sick and was taken back downstairs,” he said. “There was no paperwork. There was no complaint.” The city did not immediately respond Monday to questions about the paperwork.

Mount Vernon is a city of about 68,000 that borders New York City.

“Mrs. Turner’s death is a tragedy for her loved ones, and it raises questions not just from her family, but from her neighbors, elected officials, community members and the media — questions that deserve answers,” Cuomo said.