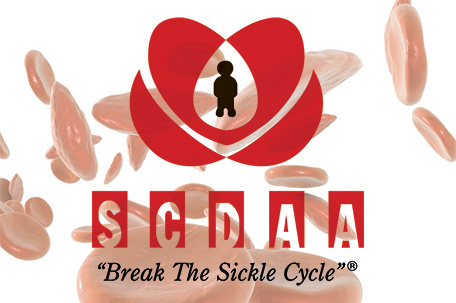 The SCDAA poster child tradition started in 1976 as an opportunity to elect goodwill ambassadors who would serve as emissaries and assist in public education campaigns. A nationwide search takes place biennially to find the next child who will give voice to millions of children who suffer from sickle cell disease (SCD). This year, a large number of applications were submitted and nine finalists were selected for the final phase of competition.

Our winning contestant, Kiarra Roseburgh, is a talented and active 8-year-old third grader who was born with type SC SCD. She attends and maintains good grades at Watson Comly School. She loves to play with her dolls, make new friends, and draw. She is an active member of the Joyful Noize Youth Choir, Dance Ministry and an honorary member of the Gems Missionary Team at Calvary Christian Church. Kiarra is also the 2017 second runner-up in the Diamonds & Pearls Pageant and was presented the “Women of Worth-Girl Power” Award for being a SCD Child Advocate at the 2017 “Soiree in the Cities.”

“Being the next National Child Ambassador will provide Kiarra with a ‘microphone’ that she can use to raise her voice to spread awareness and to ask for donations for this good cause,” Tanique Mitchell, Kiarra’s grandmother said. “She can meet kids from around the world that have sickle cell disease and tell their stories and share their needs. This is very important to her, as she wants to inspire everyone to be just as faithful and as strong as she is.” 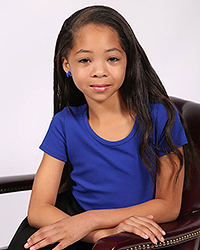 Kiarra receives her specialized care from the Children’s Hematology Department at St. Christopher’s Hospital in Philadelphia. She has been living with the pain and complications of sickle cell disease all of her life, and managing her disease has become a routine part of her family’s life, since her first pain crisis at 1- year-old. Kiarra’s platform, “KickingItWithKiarra,” has brought together a small but supportive and committed team of family members and friends to join her efforts to increase awareness about SCD. “KickingItWithKiarra” started as just her team name for the annual SCDAA-PDVC-Walter E. Brandon Sickle Cell Disease Walk. Now, her platform has grown and expanded beyond just her family to include her church, school friends, her parents’ co-workers, and lots of social media friends, which has awarded her the #1 fundraiser for three years in a row for the annual Walk.

Kiarra is also an advocate for herself and others, raising awareness during Sickle Cell Awareness Month in September, Sickle Cell Advocacy Day in May, and World Sickle Cell Day in June. On World Sickle Cell Day, Kiarra honored children affected by SCD and the warriors that have passed by lighting two candles and naming the individuals. She also started a pen-pal program for children living with SCD and has written to and become friends with young children as far away as the United Kingdom. She has hosted a Zumba-thon to raise funds, made visits to the Pennsylvania State Capitol, hosted toy drives for the past two years and donated holiday toys for the Hematology Department at St. Christopher’s Hospital.

“Kiarra’s dream is to inspire others in the SCD journey and to increase the support of this disease,” says SCDAA President Sonja Banks. “She has amazing energy and a strong commitment to this cause, and we commend her for all that she has already accomplished. We are so very proud to have Kiarra as our National Child Ambassador, and we look forward to collaborating with her on future projects.”