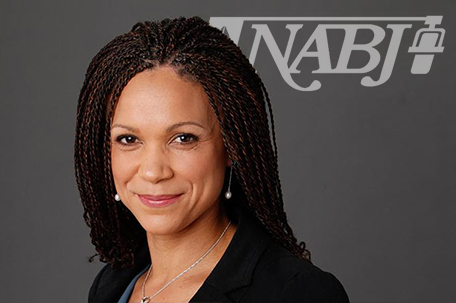 February 29, 2016 Category: Stateside Posted by: Philadelphia Sun Staff
Organization Calls for More Black Hosts on News Shows
WASHINGTON (Feb. 29, 2016) – The National Association of Black Journalists (NABJ) expresses disappointment in the demise of the Melissa Harris-Perry Show. It is truly unfortunate because a significant void now exists for all audiences. There are so few black journalists and voices that serve as hosts, reporters and pundits on network news programs.
“I want to thank NABJ for the years of support. I am not a journalist and I did not come to the show from a traditional background but NABJ – both as individual journalists and as an organization – was consistently supportive of my work over the years,” Harris-Perry told NABJ by phone on Monday.
“Of course I am very sad to lose this platform. I loved this show! But in truth, any number of excellent journalists could host a valuable two-hour show on weekend mornings. I hope that someone will get a chance to do so in my absence. What I think was most valuable about the MHP Show was not me as a host, it was the diversity of our guests. We were careful and conscious and purposeful about who we invited to the table. No other political talk show could match us in that category. That is what is lost here. Not me. The show. The absence of these voices will be a tremendous loss.”
MSNBC announced on Sunday that it had officially severed ties with Harris-Perry after she walked away from the show last week. In an email that surfaced on Friday, Harris-Perry detailed her complaints about preemptions of her weekend program over the past few weeks. The New York Times reported Harris-Perry and the network had a dispute over editorial freedom and airtime.
Her MSNBC program was devoted to thought-provoking and critical discussion and analysis of politics, society, and culture aired on the weekends. For four years, Harris-Perry and the program’s team of producers provided a critical space for underrepresented voices to discuss issues of national and international importance.
“We are proud of the diverse backgrounds and viewpoints of our journalists, opinion hosts and analysts. We will gladly put that up against everyone else in the news business,” said Mark Kornblau, senior vice president of communications for NBC News.
Harris-Perry told NABJ that she does not believe she was targeted by her race, however she does not dismiss the ‘race’ factor.
The NABJ advocates for more women and people of color across all media companies. NABJ wishes Harris-Perry all the best and believes that whatever she does next will be great.
We call for all network news outlets to populate their shows with talented and diverse individuals, such as Joy-Ann Reid and Roland Martin, to bring unique perspectives that further advance its coverage.
Sincerely,
The NABJ Board of Directors

NABJ to NPR: Diversity is better but not enough!