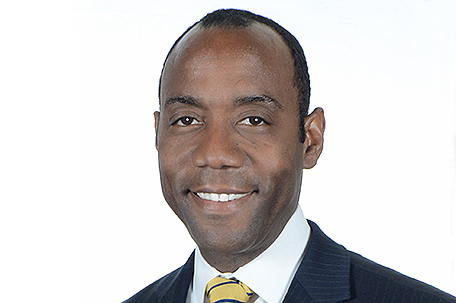 BALTIMORE – NAACP President and CEO Cornell William Brooks today issued the following statement regarding the release of video footage of the fatal shooting of Terence Crutcher during a police encounter in Tulsa, OK.

“Yesterday, the Tulsa Police Department released video footage, captured from three different views, that shows two officers fatally shooting Terence Crutcher, 40, of Tulsa, during a traffic stop. Crutcher was shot after walking to his car with his hands up. The video footage of Crutcher’s death tragically and horrifically shows us the futility of our cry: “Hands Up, Don’t Shoot.”

To end the parade of deaths of black men and women at the hands of police, we need to match our outrage with outcomes. We need to take to the streets and to the polls with a clear plan for reform.  In our 2014 Born Suspect Report, we captured the magnitude and impact of racial profiling in urban communities, and we made substantive, data-based suggestions for nationwide reform and preventative legislation. Now, we are asking all elected officials and candidates to sign our Pledge to Preserve and Protect Our Lives.

By signing the pledge, officials promise to take action to cut off funding to law enforcement agencies that discriminate and ensure independent investigation of law enforcement agencies, detailed data reporting about police stops and uses of force, comprehensive standards governing the use of force, and civilian oversight of policing.  These reforms would increase policing transparency and accountability and are essential to rebuilding the broken relationships between police and the communities they serve.

We commend and are grateful for the continuing work and rapid response to this event by Tulsa NAACP Branch President Pleas Thompson and Oklahoma State Conference President Anthony R. Douglas.

On November 8, the power to communicate the gravity and urgency of the need for such reforms will lie in our hands. By registering to vote and showing up at the polls, we can show elected officials and all Americans that we are voters and activists with power.  We will honor the lost life of Terence Crutcher.  We will #StayWokeAndVote.”