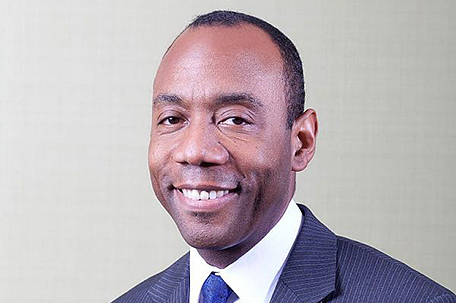 COLORADO SPRINGS, Colo. — Nearly three weeks after an attempted bombing in Colorado Springs near the headquarters of the NAACP, the national leader of the organization told several hundred people on Saturday they should not be deterred from pursuing justice while possible hate crimes are being investigated.

Cornell William Brooks, president and CEO of the national branch of the NAACP, said people should follow examples set by rights leaders such as the Rev. Martin Luther King Jr. and Rosa Parks in their campaign against discrimination. He said issues that need attention include bigotry, voter disenfranchisement, income inequality and unfairness in the criminal justice system.

Brooks also cited recent national and international incidents such as the attack on a kosher grocery in Paris and the killing of Michael Brown in Ferguson, Mo. Brown, an unarmed black teenager, was shot to death by a police officer who was not charged in the killing.

He said the investigation into the attempted Colorado Springs bombing is a serious matter that needs a full, unbiased investigation. “We will not relent, not now, not ever,” Brown said.

Brooks delivered the speech during a luncheon as part of a state conference for the civil rights organization’s Colorado, Montana and Wyoming chapters, the Denver Post reported (http://tinyurl.com/phcarsf ).

Brooks is visiting Colorado Springs in response to the Jan. 6 attempted bombing of a building that houses the organization’s offices and Mr. G’s Hair Design Studios.

No one was injured in the explosion that occurred adjacent to the wall of the barber shop. The building was not damaged beyond charring on the outside wall.

Authorities released a sketch of a man who is a person of interest in the investigation.

While a motive is unclear, a special agent in charge for the FBI said it would be “naive” not to consider that the explosion could be a hate crime.