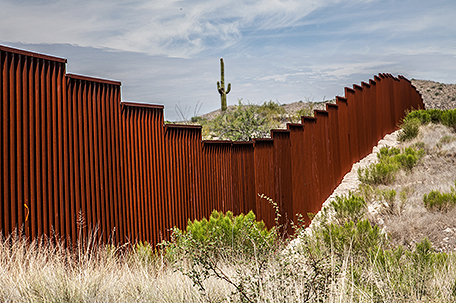 Chairman of the National Board of Directors, Leon W. Russell, opened the 110th Annual Convention with a galvanizing message to the NAACP delegation, themed “When we fight, we win.”

The message – an underlying theme of the five day conference – was intricately woven into the chairman’s address, which spoke to many of today’s public policy issues including the crisis at the southern border, the racist rhetoric emanating from the White House, and the importance of the Black Lives Matter movement.

“Our government continues to carry out the most evil, immoral and inhumane version of public policy conceived since the initiation of the transatlantic slave trade,” Russell said. “Just as the slave trade denied that Black lives mattered, the policies being implemented on our southern border are similarly based on a craven belief that some people’s lives do not matter.”

Russell spoke on the recent language used against four congresswomen of color — otherwise known as the Freshman Four or “The Squad.”

“We have witnessed a resurgence of virulent racism in our nation, promulgated at the highest levels of our government when four members of the United  States House of Representatives are told to go back where they came from,” he said. “Words that many of us were subjected to during the height of school desegregation. There is no confusion, this statement was aimed at four young women of color. It was racist and it was intended to be a dog whistle to folks who harbor those same racist views.”

Russell also spoke about the need to agitate legislators to put forth policy which respects, protects, and reflects the Black community.

“The job of the National Association for the Advancement of Colored People has been to make sure that, in fact and in law, in public policy Black lives must matter,” he said. “This has required that we fight for the creation of public policy, which absolutely recognizes that Black lives matter.”

NAACP president to Donald Trump — ‘We are more American than you ever could be,’ says politicians need to earn Black vote