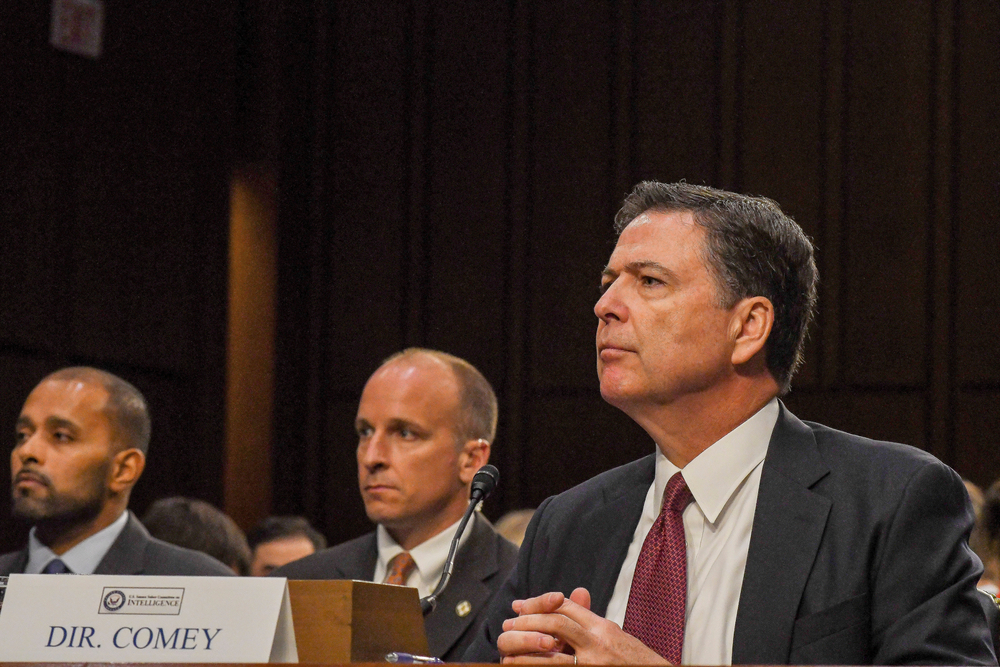 He calls the memo “dishonest and misleading” and not worth the damage it’s done to public trust in U.S. intelligence agencies.

The memo was declassified by President Donald Trump and released Friday by House Republicans. It claims the FBI abused its surveillance powers in the Russia investigation.

The White House initially said the firing was due to Comey’s handling of the investigation into Democrat Hillary Clinton’s email. But Trump later indicated it was about the FBI’s Russia probe.

Special counsel Robert Mueller has been scrutinizing Comey’s firing as he investigates possible obstruction of justice.

The top Democrat on the Senate Intelligence Committee is challenging the accuracy of a memo released Friday by House Republicans.

President Donald Trump declassified the memo Friday, and Republicans released it in an effort to prove surveillance abuses at the FBI.

Virginia Sen. Mark Warner says he read the classified documents that formed the basis for the memo, and “they simply do not support its conclusions.”

Only two members of the House intelligence panel, one Republican and one Democrat, have read those underlying documents.

Warner says the act of declassifying information could make it harder for the intelligence committees to conduct oversight and could endanger Americans overseas.

House Democrats are angry about the release of the classified GOP memo intended to show surveillance abuses at the FBI. They say it’s an underhanded effort to protect President Donald Trump and discredit the investigations into Russian election meddling.

Democrats on the House intelligence panel had tried to block the memo’s release. They say it mischaracterizes the motivations behind a 2016 surveillance warrant on Trump campaign official Carter Page.

They also criticized House Intelligence Committee Chairman Devin Nunes for not having read the classified material that formed the basis for the memo.

Democrats on the House Judiciary committee said House Republicans are “accomplices” to obstruction of justice.

Trump’s frustrations are boiling over after Comey dismissal

2011: The International Year for People of African Descent: Did anyone get the memo?