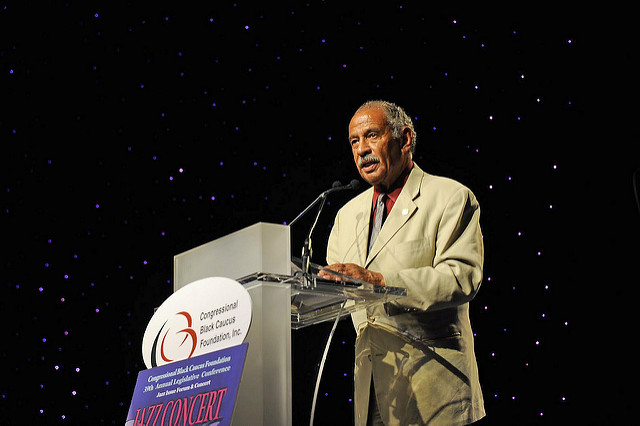 Longtime Michigan Rep. John Conyers on Tuesday denied settling a complaint in 2015 from a woman who alleged she was fired from his Washington staff because she rejected his sexual advances.

The website BuzzFeed News reported on Monday that the office of Conyers, 88, paid the woman over $27,000 to settle the complaint under a confidentiality agreement.

BuzzFeed also published affidavits from former staff members who said they had witnessed Conyers touching female staffers inappropriately — rubbing their legs and backs — or requesting sexual favors. One former staffer said one of her duties was “to keep a list of women that I assumed he was having affairs with and call them at his request and, if necessary, have them flown in using Congressional resources.”

Conyers, who answered the door at his Detroit home, told The Associated Press that he knows nothing about any claims of inappropriate touching and learned of the story from television just hours earlier.

“I have been looking at these things in amazement,” he said, referring to allegations of sexual harassment and assault being made against politicians and others.

House Speaker Paul Ryan labeled the report “extremely troubling.” Ryan, R-Wis., said the House is updating its policies for handling complaints of workplace harassment and discrimination, which have been criticized as too weak and cumbersome. His statement did not name Conyers, but Ryan spokeswoman AshLee Strong confirmed it was directed at him.