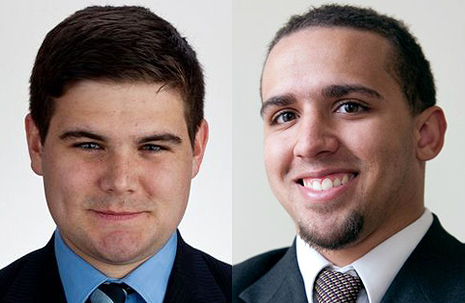 A Washington Post reporter was one of two journalists arrested and thrown in a booking cell while covering the unrest in a St. Louis suburb roiled by protests over an unarmed teen’s death at the hands of police, an arrest the newspaper’s executive editor called illegal and unjustified.

Wesley Lowery said he was slammed into a soda machine and arrested after recording officers who ordered everyone to leave a McDonald’s restaurant in Ferguson, as demonstrations against the death of 18-year-old Michael Brown happened nearby. Also arrested was Huffington Post reporter Ryan Reilly.

“That behavior was wholly unwarranted and an assault on the freedom of the press to cover the news,” Washington Post Executive Editor Martin Baron said in a statement.

“After being placed in a holding cell, he was released with no charges and no explanation. He was denied information about the names and badge numbers of those who arrested him.” Both were later released without charges.