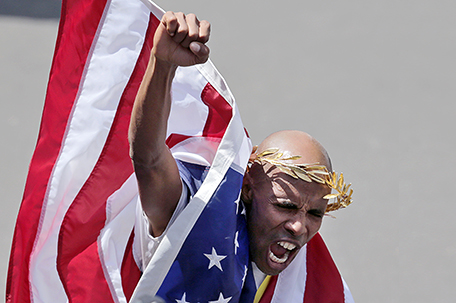 No U.S. runner had won the race since Lisa Larsen-Weidenbach took the women’s title in 1985; the last American man to win was Greg Meyer in 1983.

The 38-year-old from San Diego looked over his shoulder several times over the final mile. After realizing he wouldn’t be caught, he raised his sunglasses, began pumping his right fist and made the sign of the cross.

Rita Jeptoo of Kenya successfully defended the title she said she could not enjoy a year ago after the fatal bombings.