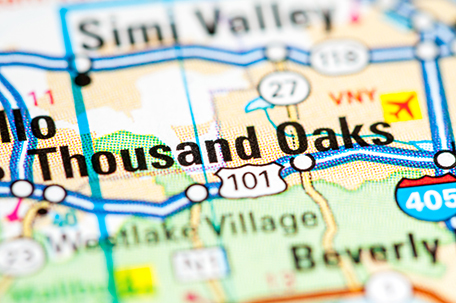 THOUSAND OAKS, Calif.  — Using a smoke bomb and a handgun, a hooded Marine combat veteran dressed all in black opened fire during college night at a country music bar in Southern California, killing 12 people and sending hundreds fleeing in panic before apparently taking his own life, authorities said Thursday.

Authorities said the motive for the attack Wednesday night was under investigation.

The killer was identified as 28-year-old Ian David Long, a former machine gunner and decorated veteran of the war in Afghanistan who was interviewed by police at his home last spring after an episode of agitated behavior that they were told might be post-traumatic stress disorder.

Screaming in fear, patrons rushed for the exits, ducked under tables and hurled barstools to smash second-floor windows and jump to safety as gunfire erupted at the Borderline Bar & Grill, a hangout popular with students from nearby California Lutheran University.

“I dropped to the floor,” Sarah Rose DeSon told ABC’s “Good Morning America.” ‘A friend yelled, ‘Everybody down!’ We were hiding behind tables trying to keep ourselves covered.”

The dead included 11 people inside the bar and a veteran sheriff’s sergeant who was the first officer inside the door, Ventura County Sheriff Geoff Dean said.

“It’s a horrific scene in there,” Dean said in the parking lot. “There’s blood everywhere.”

The bloodshed was the latest in what seems to be a never-ending string of mass shootings that are happening with terrifying frequency across the United States.

It was the nation’s deadliest such attack since 17 students and teachers were killed at a Parkland, Florida, high school nine months ago. It also came less than two weeks after a gunman massacred 11 people at a synagogue in Pittsburgh.