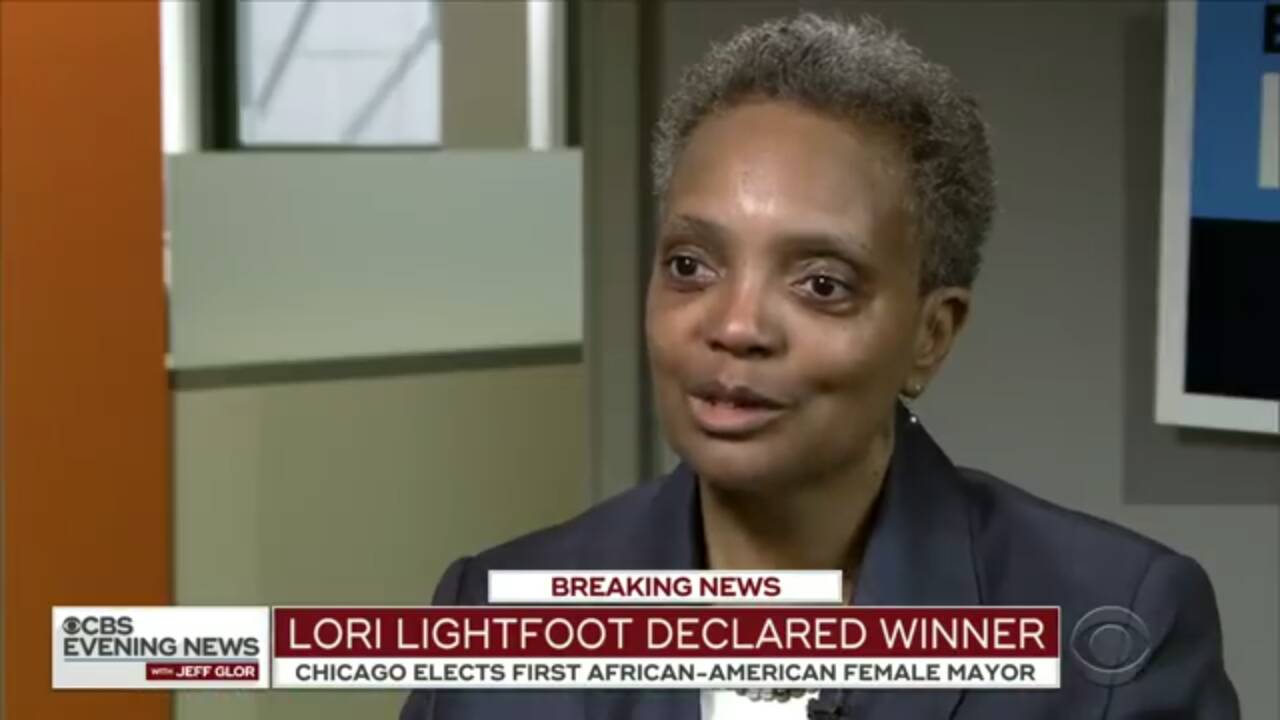 Chicago’s new mayor-elect plans to start her day greeting voters downtown before attending a unity news conference with her opponent in Tuesday’s election.

Lori Lightfoot will meet with commuters Wednesday morning at a Chicago Transit Authority train station. The former federal prosecutor will then attend a news conference with Toni Preckwinkle at the Rev. Jesse Jackson’s Rainbow PUSH Coalition.

Lightfoot easily defeated Preckwinkle on Tuesday with backing from voter across the city. She’s the first black woman and first openly gay person to be elected Chicago’s mayor.

Jackson on Saturday asked the two candidates if they would sign a pledge agreeing to the Tuesday meeting. The longtime civil rights leader told them that the race would end Tuesday, and then “the healing must begin.” Both women signed the document.

Chicago Mayor-elect Lori Lightfoot’s resounding victory is a clear call for change at City Hall and a historic repudiation of the old-style, insider politics that have long defined the nation’s third-largest city.

Lightfoot, a former federal prosecutor who’d never been elected to public office, defeated Cook County Board President and former Alderman Toni Preckwinkle on Tuesday. She won with backing from voters across the city.

Lightfoot also made history, becoming the first black woman and the first openly gay person to be Chicago mayor.

She told a cheering crowd people are seeing “a city reborn.”

Lightfoot pledged to break the cycle of corruption in city government, reduce violence and help low-income and working-class residents in the city’s neighborhoods.