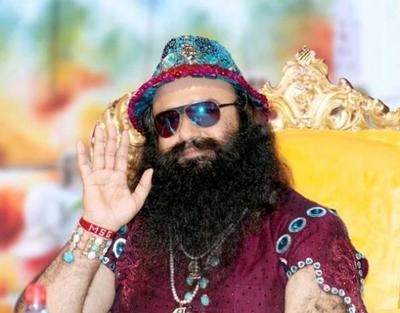 Guardian, ????Above photo of Ram Rahim Singh/Times of India

At least 25 people have died in riots and arson attacks that broke out across two states in northern India after a flamboyant Indian spiritual leader was convicted of raping two of his female followers.

The Indian army was deployed in the city of Panchkula on Friday shortly after the court found Ram Rahim Singh guilty of sexual assault. The self-styled “godman” and leader of the Dera Sacha Sauda sect has been taken into custody and will reportedly be flown by helicopter to a jail in Haryana state before sentencing on Monday.

A police official told the Hindustan Times that 25 deaths had been confirmed across the region.

Electricity supplies, mobile internet and cable television had been cut in parts of Haryana and Punjab states before the verdict as up to 200,000 members of the sect massed in Panchkula in a show of defiance and support.

Live television footage showed smoke billowing above a railway station and petrol pump in Punjab that was allegedly set alight by supporters of the guru.

A curfew was imposed in three of Punjab’s largest cities as hundreds of incidents of violence were reported. Journalists on the scene in Panchkula and Sirsa – where the sect is headquartered – appeared to be singled out by the rioters.

Journalists and crew from New Delhi Television, the Hindustan Times, India Today and News18 have reported injuries or damage to their vehicles.

Police have used teargas and water cannon to contain the rioting. There were reports of reinforcements flooding into Panchkula, Sirsa and parts of Punjab.

Delhi, the Indian capital, is also on high alert with at least seven reports of arson across the city.

Singh, one of the most powerful men in India, runs the 69-year-old sect from its ashram headquarters on a sprawling, 1,000-acre Haryana property that includes a hotel, cinema, cricket stadium and schools. He claims to have 60 million followers worldwide.

The rape allegations, which Singh denied, first surfaced in an anonymous letter sent to the Indian prime minister in 2002. Scrutiny of the ashram grew when a journalist investigating Dera Sacha Sauda was shot dead the same year.

The CBI alleges Singh was involved in murdering the journalist after suspecting he was responsible for helping to circulate the anonymous letter, according to the Hindustan Times. He faces a separate, ongoing trial in that case and denies the charges.

Gurus are enlightening influences in the lives of many Indians, guiding decisions both sacred and mundane, but few have the following of Singh or his political clout.

Hundreds of hospital beds have been reserved for possible casualties, while in the nearby city of Chandigarh, a cricket stadium has been prepared as a temporary jail, according to New Delhi Television.

In neighbouring Punjab – which shares its capital, Chandigarh, with Haryana – hundreds of train services have been cancelled, while firearms and gatherings have been temporarily banned.

The US embassy in Delhi has also released a travel advisory urging its citizens in India to be wary of possible unrest.

One dead, 22 injured after car crashes into Times Square