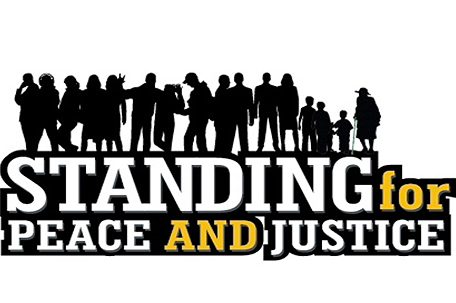 On Thursday September 22 at 2 pm, Mothers In Charge will host a press conference at Philadelphia’s City Hall in the second floor Mayor’s Reception Room.  In 2007, Congress designated September 25 as the National Day of Remembrance for Murder Victims. September 25 is an important day for families who come together to share the memories of those they have lost – and never want to forget.
“It is time to do more than just remember our loved ones,” said Dorothy Johnson-Speight, Founder and Executive Director of Mothers in Charge. Statistics show that Homicide is the leading cause of death among African American males ages 14-34 in cities across this country.
“Homicide is a national public health crisis. We must invest in public health approaches that prevent other mothers from going through what I went through and so many families that are experiencing the tragedy of losing a loved one to violence,” said Speight. “This is a call to lawmakers to invest in public health approaches to reduce gun violence and homicide in America. If not now, when?”
Philadelphia Mayor Jim Kenney is scheduled to attend.
On Thursday September 22, in conjunction with a dynamic coalition of civic, grassroots, and faith based groups across the country, survivors and supporters will come together in a number of simultaneous press conferences in cities experiencing high numbers of violent deaths to send a shared message of unity, hope and resolve.
Mothers in Charge, Mothers of Murdered Children (Detroit), Mamas Against Violence (Indiana) and other violence prevention organizations are on the front lines every day fighting violence and healing families after tragedy strikes within their cities. In addition to their message of healing, this is also a time to call for a reduction in the number of illegal guns on the streets. This message for this National Day of Remembrance is not only timely, but urgent.
In addition to the Philadelphia press conference, survivors and supporters will join together in the following cities*:
·       Kansas City, MO, ST. Louis, MO, Atlantic County, NJ, Harrisburg, PA, San Francisco, CA, Berkley, CA, Los Angeles, CA, Palo Alto, CA – hosted by Mothers In Charge
·       Brooklyn, NY – hosted by Not Another Child
·       Baltimore, MD – Hosted by S.A.V.E
·       South Bend, IN – Hosted by Mama’s Against Violence
·       Detroit, MI – Hosted by Mothers of Murdered Children
*Additional cities & organizations to be added