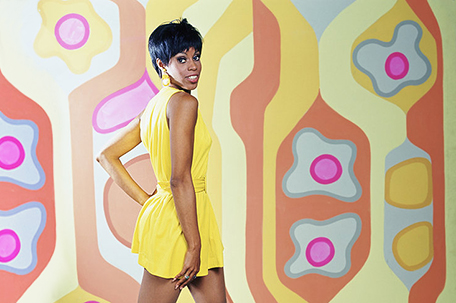 Chelsea Brown, a dancer and actress who brightened “Rowan & Martin’s Laugh-In” and later found success performing in Australia, has died. She was 74.

Her death Wednesday in Chicago was confirmed by George Schlatter, an executive producer of the zany NBC comedy-sketch series.  Actress Lee Purcell told the New York Times that Brown died on March 27 from pneumonia caused by dementia in Chicago.

From1968-69, Brown was a member of the “Laugh-In” troupe whose ranks through six seasons also included Goldie Hawn and Lily Tomlin. After leaving “Laugh-In” in 1969, Brown appeared on television shows like “The Flying Nun” and “Love, American Style” and films like “Sweet Charity” before her turn in the film “The Thing With Two Heads.”  She then relocated to Australia where she performed on TV and in films.

She was married to actor Vic Rooney until his death in 2002. In recent years she returned to the U.S.

As a “Laugh-In” regular, she was one of few African-American performers on TV, but Schlatter said that wasn’t why he hired her.

“She was a great dancer and she was adorable,” he said.

The New York Times contributed to this article