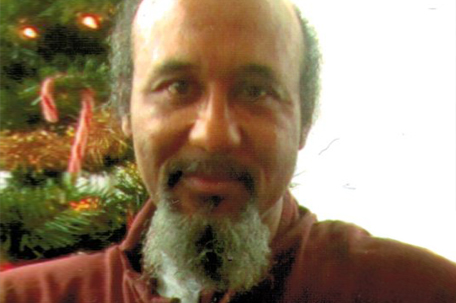 PHILADELPHIA — The last jailed member of the radical group MOVE was released from prison Friday, according to an attorney who represented the members in their parole appeals.

Brad Thomson, an attorney for Chuck Sims Africa, posted on Twitter that the man had been released from a Pennsylvania prison. Africa was the last of the so-called MOVE 9 to be paroled after being convicted of third-degree murder in the 1978 shooting death of Officer James Ramp in Philadelphia.

Thomson confirmed via email that Africa had been released Friday morning and was spending time with family.

The nine members of the anti-establishment, back-to-nature group were each sentenced to between 30 and 100 years in prison in Ramp’s death.

The 1978 standoff with police came after officers tried to evict the group from its Philadelphia headquarters. Police had said they received noise and sanitation complaints from neighbors.

The members barricaded themselves inside the house and have said they believe Ramp was killed by friendly fire. Police contended that there was gunfire exchanged from both sides during the standoff, but MOVE members have denied returning gunfire.

The president of Philadelphia’s police union, John McNesby, said the flurry of paroles in the last two years have been painful for Ramp’s family.

“Over four-decades ago, our friend, military veteran and colleague James Ramp was killed,” he wrote in a statement released by the union, noting that 12 other police officers, firefighters and bystanders were wounded by gunfire, “trying to keep their community safe during a chaotic incident at the MOVE compound.”

Seven of the nine MOVE members jailed for the killing were paroled, starting with Chuck Sims Africa’s sister Debbie Sims Africa in June 2018. The members all took the last name Africa after joining the group. Two members of the group died in prison.

Tensions between MOVE and police continued after the 1978 standoff, culminating in the 1985 bombing of MOVE’s west Philadelphia headquarters.

The bomb dropped by police from a helicopter ignited fuel for a generator and spread to more than 60 rowhomes and killed 11 people including five children, two of whom were the children of Janet Africa and Jeanene Africa — members of the group.

Both women were in prison when the children died in the bombing. They were released in May 2019.