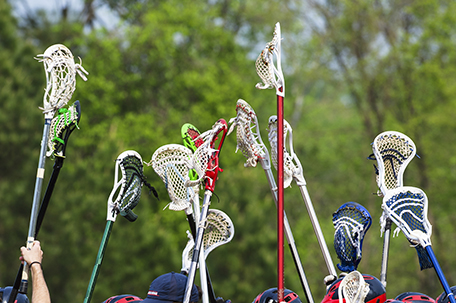 HADDONFIELD, N.J. –Officials in a New Jersey school district canceled the remainder of the boys’ lacrosse season Friday after allegations that a white team member used a racial slur against a Black female athlete from another school.

Interim Haddonfield School District Superintendent David T. Lindenmuth issued a statement saying the season was canceled effective immediately and that there was “no room for hate of any kind’’ in the district. The allegations stem from a track meet held at the suburban Philadelphia school district earlier this month.

A Black female track athlete told officials from her school that she was tying her shoes on the track that surrounds the practice lacrosse field at Haddonfield High School when a group of White lacrosse players passed by her during a multi-school track event on May 1. She said one of the boys told her to get off his track and called her a racial slur.

Lindenmuth’s statement said the district had investigated and “some issues were discovered that are completely unacceptable for this community.’’ The statement did not give details of any other possible incidents or issues uncovered in the investigation.

He said the district had reached out to the NAACP and other organizations to hold training sessions. The district has also begun a dialogue with the student body about diversity and inclusiveness, which will include trainings for staff and coaches.

The Courier Post reports that complaints about the incident have been filed with the New Jersey State Interscholastic Athletic Association and the civil rights division of the state attorney general’s office.