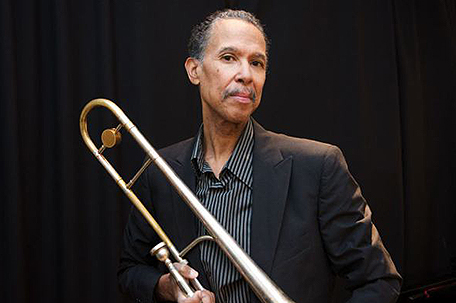 Clifford Adams, the famed trombonist for the mostly ’70s and ’80s R&B chart-topping group Kool & the Gang, passed away at age 62 on Monday after a battle with liver cancer, according to NJ.com.

Adams, who had battled the illness for about a year, reportedly had no health insurance to cover his mounting medical costs. Family members, friends, and fellow musicians of the beloved performer attempted to put together fund-raisers in an attempt to cover the astronomical costs of a liver transplant but unfortunately were not as successful as they had anticipated.  Adams’ family did, however, receive some support from Jazz Bridge, a non-profit organized by jazz musicians and fans to assist fellow musicians during times of crisis.

Even though Adams was mostly associated with Kool & the Gang, he also accompanied such celebrated performers as The Stylistics, Patti LaBelle  and the Bluebells, and Duke Ellington’s Orchestra.  Adams also managed to work on solo projects, cranking out two albums, “The Master Power” and “I Feel Your Spirit.”

Adams, who was born in Trenton, New Jersey, is described as someone who had a huge heart; despite his global fame, he never let it get to his head. Spoken word Poet Todd Evans, who played with Adams on various gigs, told NJ.com that Adams was so down to earth, you wouldn’t even know he had such a stellar resume. “He was one of the most humble brothers I have ever met.  For him to be a Kool & the Gang member and behind songs I grew up with, you wouldn’t know it from talking to him. He was just like everybody else. He didn’t wear his success on his sleeve.”

A fund-raiser is being held on January 16th to help the Adams family with the late-artist’s exorbitant medical bills. The event, which will include spoken word poetry and music, starts at 6 p.m. and will be held at 429 John F. Kennedy Way in Willingboro, New Jersey. Donations can also be made through Jazz Bridge.