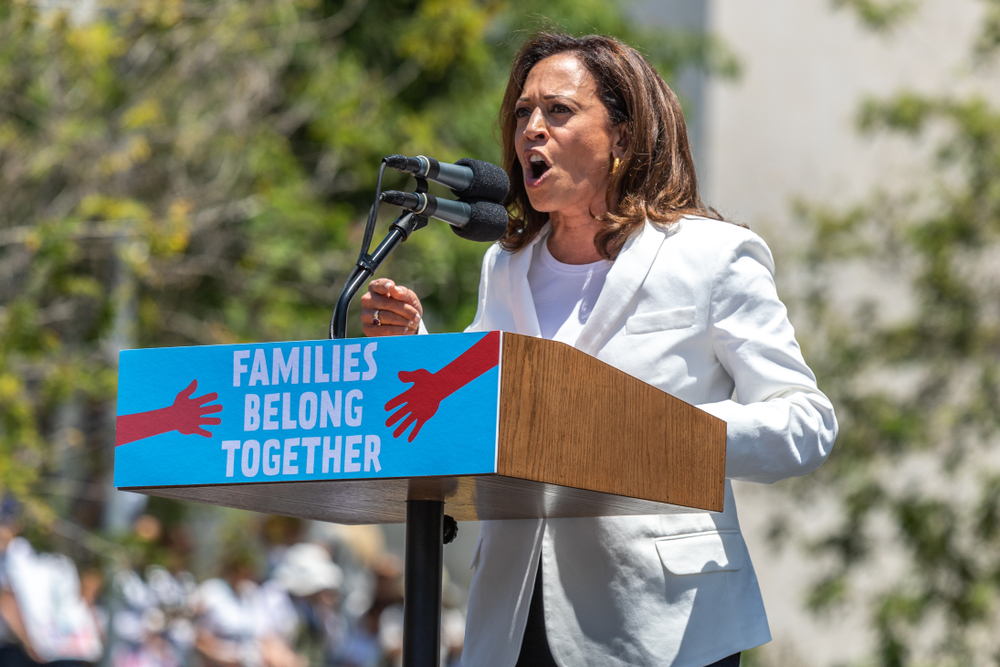 WASHINGTON (AP) — Kamala Harris, a first-term senator and former California attorney general known for her rigorous questioning of President Donald Trump’s nominees, entered the Democratic presidential race on Monday. Vowing to “bring our voices together,” Harris would be the first woman to hold the presidency and the second African-American if she succeeds.

Harris, a daughter of immigrant parents who grew up in Oakland, California, is one of the earliest high-profile Democrats to join what is expected to be a crowded field. She made her long anticipated announcement on ABC’s “Good Morning America.”

“I am running for president of the United States,” she said. “And I’m very excited about it.”

The 54-year old portrayed herself as a fighter for justice, decency and equality in a video distributed by her campaign as she announced her bid. “They’re the values we as Americans cherish, and they’re all on the line now,” Harris says in the video. “The future of our country depends on you and millions of others lifting our voices to fight for our American values.”

Harris launched her presidential as the nation observes what would have been the 90th birthday of the slain civil rights leader Martin Luther King Jr. The timing was a clear signal that the California senator— who has joked that she had a “stroller’s-eye view” of the civil rights movement because her parents wheeled her and her sister Maya to protests — sees herself as another leader in that fight.

She abandoned the formality of launching an exploratory committee, instead going all in on a presidential bid.

She plans a formal campaign launch in Oakland on Jan. 27. The campaign will be based in Baltimore, with a second office in Oakland.

Harris joins what is expected to be a wide-open race for the Democratic presidential nomination. There’s no apparent front-runner at this early stage and Harris will face off against several Senate colleagues.

Sens. Elizabeth Warren of Massachusetts and Kirsten Gillibrand of New York have both launched exploratory committees. Sens. Cory Booker of New Jersey, Sherrod Brown of Ohio and Amy Klobuchar of Minnesota are also looking at the race.

If Booker enters the race, he and Harris could face a fierce competition for support from black voters.

Harris launches her campaign fresh off of a tour to promote her latest memoir, “The Truths We Hold,” which was widely seen as a stage-setter for a presidential bid.

She is already planning her first trip to an early primary state as a declared candidate. On Friday, Harris will travel to South Carolina to attend the Pink Ice Gala in Columbia, which is hosted by a South Carolina chapter of the Alpha Kappa Alpha Sorority, which Harris pledged as an undergraduate student at Howard University. The sorority, founded more than 100 years ago, is a stronghold in the African-American community.

South Carolina, where black voters make up a large share of the Democratic electorate, is likely to figure heavily into Harris’s prospects. And early voting in Harris’s home state of California will overlap with the traditional early nominating contests, which could give Harris a boost.

Juan Rodriguez, who ran Harris’s 2016 Senate campaign, will manage her presidential bid. Her sister, Maya Harris, a former top adviser to Hillary Clinton, will be the campaign chair. The veteran campaign finance lawyer Marc Elias will serve as the Harris campaign’s general counsel, and Angelique Cannon, who worked for Clinton’s 2016 campaign, will serve as national finance director. David Huynh, who was Clinton’s director of delegate operations in 2016, will serve as a senior adviser. Lily Adams, a Clinton campaign alum who has worked as Harris’s spokeswoman, will be communications director.

Her staff says she plans to reject the assistance of a super PAC, as well as corporate PAC money. She’s invested heavily in cultivating a digital, small-dollar donor network before her presidential bid.

Before her 2016 victory in the Senate race, Harris made her career in law enforcement. She served as the district attorney in San Francisco before she was elected to serve as attorney general.

Harris is likely to face questions about her law enforcement record, particularly after the Black Lives Matter movement and activists across the country pushed for a criminal justice overhaul. Harris’s prosecutorial record has recently come under new scrutiny after a blistering opinion piece in The New York Times criticized her repeated claim that she was a “progressive prosecutor,” focused on changing a broken criminal justice system from within.

Harris addressed her law enforcement background in her book. She argued it was a “false choice” to decide between supporting the police and advocating for greater scrutiny of law enforcement.

She “knew that there was an important role on the inside, sitting at the table where the decisions were being made,” she wrote. “When activists came marching and banging on the doors, I wanted to be on the other side to let them in.”

Harris supported legislation that passed the Senate last year that overhauled the criminal justice system, particularly when it comes to sentencing rules.

Harris is framing her campaign through her courtroom experience. The theme of her nascent campaign is “Kamala Harris, for the people,” the same words she spoke as a prosecutor, trying a case in the courtroom.

Copyright 2019 The Associated Press. All rights reserved. This material may not be published, broadcast, rewritten or redistributed.