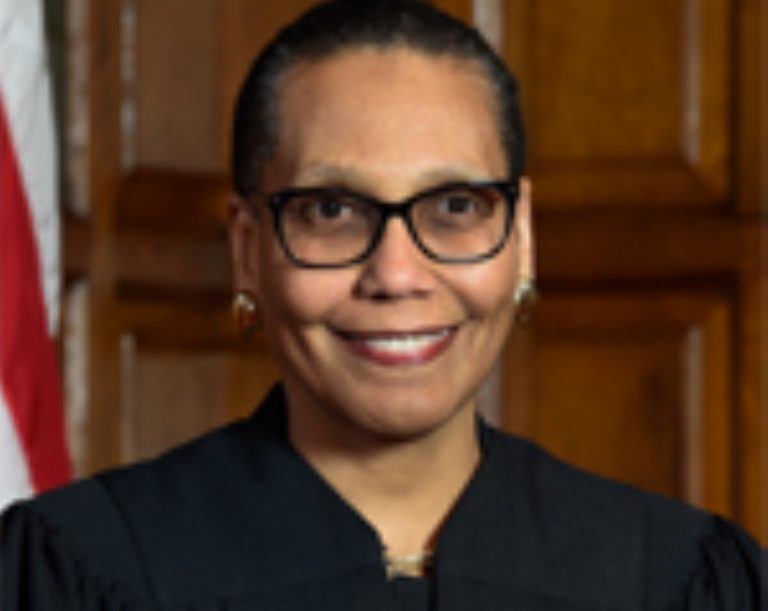 Associated Press–The first black woman appointed to the state’s highest court has been found dead on the bank of the Hudson River.

Sheila Abdus-Salaam’s body was discovered along the riverside near Harlem on Wednesday, a day after she was reported missing, police said.

Reoorts say Abdus-Salaam is also the first female muslim judge in the US.

Police said her body showed no obvious signs of trauma, and they declined to speculate on the cause of her death. The medical examiner planned to study her body to try to determine what killed her.

Democratic Gov. Andrew Cuomo, who appointed Abdus-Salaam to the state’s Court of Appeals in 2013, called her a “trailblazing jurist.”

“As the first African-American woman to be appointed to the state’s Court of Appeals, she was a pioneer,” Cuomo said. “Through her writings, her wisdom and her unshakable moral compass, she was a force for good whose legacy will be felt for years to come.”

“Her personal warmth, uncompromising sense of fairness and bright legal mind were an inspiration to all of us who had the good fortune to know her,” DiFiore said.

Former Chief Judge Jonathan Lippman said he knew Abdus-Salaam for many years. He said her death of was “difficult to understand.”

“The court has suffered a terrible blow,” he said.

Abdus-Salaam, who was 65 years old, graduated from Barnard College and received her law degree from Columbia Law School. She started her career as a staff attorney for East Brooklyn Legal Services and served as a judge in Manhattan state Supreme Court for 14 years, according to the state Office of Court Administration’s website.

The president of the New York State Bar Association, Claire P. Gutekunst, said Abdus-Salaam grew up poor in a family of seven children in Washington, D.C., and “rose to become one of the seven judges in New York’s highest court, where her intellect, judicial temperament and wisdom earned her wide respect.”